She further stated that she expected loyalty from Ozo and Prince with whom she had a ‘love triangle’ in the house. 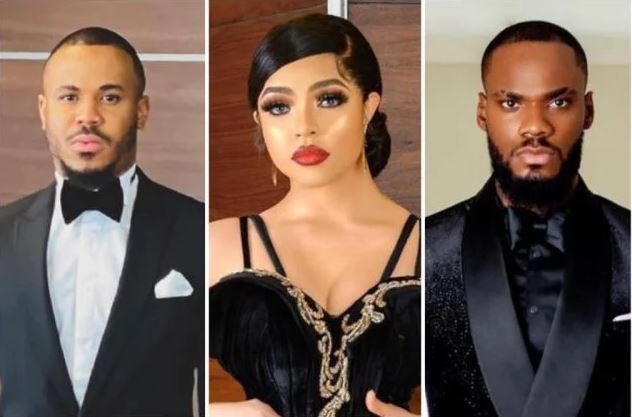 As the the second day of the BBNaija Lockdown Reunion show came, talks of relationships that sprouted up during the competition dominated the conversation.

Nengi, who had always mentioned during the reality show that she was in a relationship outside the house, noted that she made it clear to her fellow housemates that she was not interested in starting a romantic affair on the show.

She further stated that she expected loyalty from Ozo and Prince with whom she had a ‘love triangle’ in the house.

Nengi said, “I was friends with Ozo but I honestly do not know what happened. At some point, I was close with Prince and I really liked him. I took him as a friend.

“I made it clear to both of them that in the house, nothing like a relationship was going to happen. We could be friends and when we leave the house, we can capitalise on that. I liked Prince and I made it clear to him that I liked him. You can like somebody and when you get to know the person you will be like ‘nah’

“I feel like he (Prince) was not loyal. I feel like when I had issues with somebody, he would not come to ask me what happened. I never had conversations with them about girls. I wanted attention from them; they are my friends and I want attention from you the same way I attend to you if there is anything.

Speaking on the issue, Prince said, “It was a back and forth situation between me, Nengi and Ozo. Nengi and I became close and everything was going well. At a point, she was always telling me that I am not loyal and that she sees me with different people.

“She said that I was everybody’s friend, but I will also see her with Ozo sometimes. It seemed that if we were not cool, then the next day, she was with Ozo. In my head, I felt she was doing the same thing she accused me of.”