The victim who had cane marks on her body was taken to a broadcast station after she was thrown out by her guardian.

A 12-year-old girl identified as Precious Eze was allegedly kicked out of her guardian's home yesterday, June 23 for returning home late from school.

According to Anambra Broadcasting Network, Precious Eze was picked up as a house girl by the unidentified guardian only three weeks ago from her home town Ezzi, Ebonyi State.

Precious who had cane marks on her body, told sad tales of alleged abuse by the woman in the few weeks she was with her. 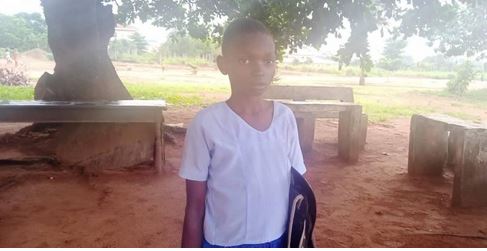 Precious was taken to the TV station by some residents of the state who found her wandering on the streets in Awka, the state capital.