According to him, if you run into your girlfriend or your wife in the act with someone else and kill them, that is a provocation and not a murder case. 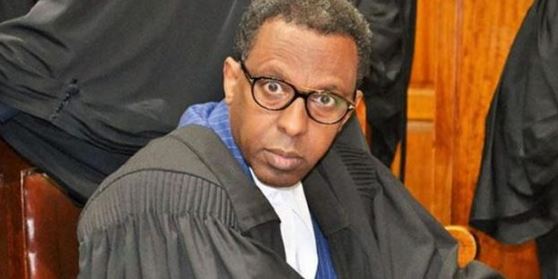 According to a Kenyan lawyer, when one runs into a man, making love to their wife or girlfriend in their bedroom, it is not a murder case because it wasn't premeditated.

Senior Counsel Ahmednasir Abdullahi says that a case will be considered murder only if it has been premeditated.

Speaking on Churchill Show interview on June 27, the city lawyer expounded on the differences between murder, provocation, and manslaughter stating that sometimes law permits one to kill.

He says, for instance, if you run into your girlfriend or your wife in the act with someone else and kill them, that is a provocation and not a murder case.

“A case becomes murder only when it is premeditated. If you learn that someone slept with your wife or your girlfriend and you run to kill them; that’s murder. However, if you run into them in the act and kill them, that’s not murder; it’s a provocation,” he noted.

Using a descriptive example, the lawyer further distinguished between murder and manslaughter. “When people fight in bars and restaurants and one dies, that is not murder; it’s manslaughter.”

The lawyer who was born and bred in Mandera, climbed the ladder to chair the Law Society of Kenya (LSK) from 2003 to 2005 and was nominated to serve in the Judicial Service Commission (JSC) until 2013.