Monguno raised the alarm at the ongoing second United Nations High-Level Conference of Heads of Counter-Terrorism Agencies of member-states. 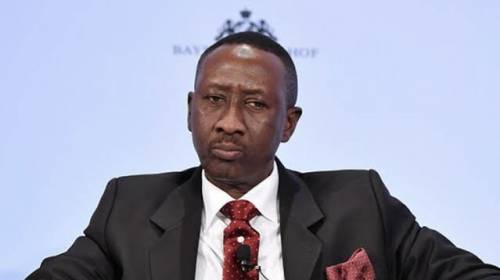 Monguno raised the alarm at the ongoing second United Nations High-Level Conference of Heads of Counter-Terrorism Agencies of member-states, convened by the United Nations Secretary-General, Antonio Guterres, in New York.

He declared that the intention of the terrorist groups was to portray the Federal Government as incapable of protecting the population, Tribune reports.

The NSA said, "The Boko Haram and ISWAP terrorists are also using the social media to instil fear in the target communities, as well as to deflate the morale of defence and security forces.”

He added that terrorism had continued to manifest itself as a vicious and relentless global threat, recognising no border, nationality and religion.

The NSA stated that in order to deal decisively with the complex nature of terrorism and other organised transnational crimes, the international community must see the menace as a threat to global peace and security.

Monguno said the President Muhammadu Buhari administration has persistently confronted the nation’s challenges by setting up new structures and institutions, as well as empowering them.

According to him, the Federal Government has improved the coordination of humanitarian support for non-governmental organisations by creating the Ministry of Humanitarian Affairs, Disaster Management and Social Development.

The NSA said the government was empowering the National Financial Intelligence Unit to trace terrorist organisations’ sources of funding.