The accident occurred on the M25 near Enfield, north London with Images from the scene showing his flipped car on its side on the road. 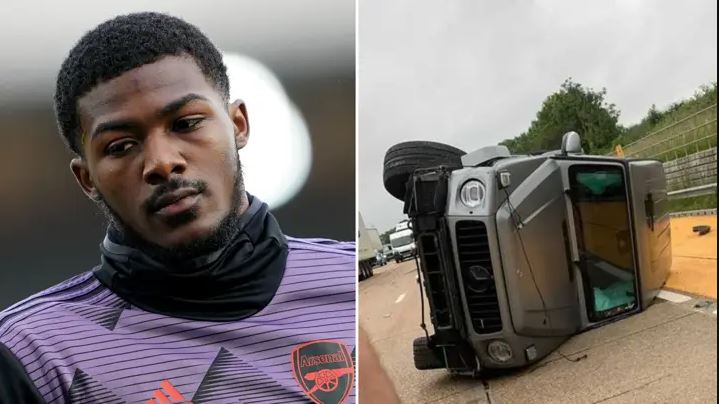 Ainsley Maitland-Niles, the Arsenal right-back/central midfielder, was involved in a serious traffic accident on Wednesday after his £105,000 Mercedes overturned in a motorway incident.

The accident occurred on the M25 near Enfield, north London with Images from the scene showing his flipped car on its side on the road.

The 23-year-old English footballer was unhurt in the crash and is at home, an Arsenal spokesperson confirmed.

An Arsenal spokesperson told The Sun: "We're aware of a car accident involving Ainsley Maitland-Niles. Ainsley is unhurt and at home."

Metropolitan Police confirmed two cars were involved in the collision. 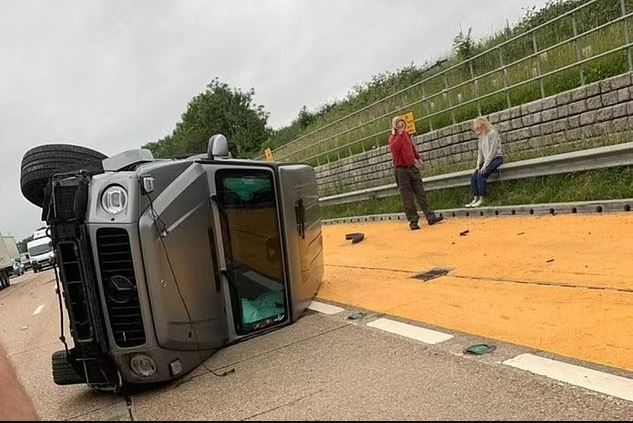 A police spokesperson said: "Police were called at approximately 6:10am to reports of two cars in collision on the M25 anticlockwise carriageway at junction 25.

"Officers and London Ambulance Service attended. There were no reports of any injuries and enquiries into the circumstances are ongoing."

The midfielder spent the second half of last season on loan at West Bromwich Albion and made 15 appearances for the Baggies and that didn't stop them from relegating.