The incident happened when the electricity pole broke while the deceased was on duty. 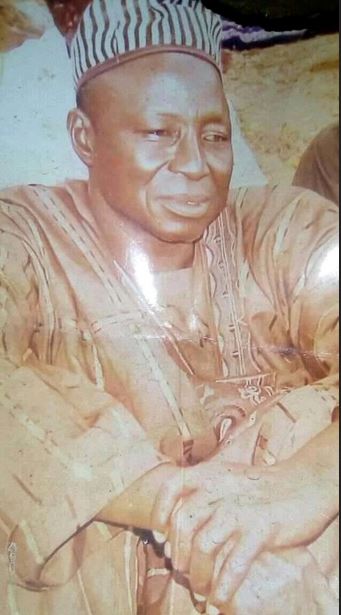 The life of an Electrical Engineer with the Federal College of Education Kontagora, FEC, Niger State has been cut short after he allegedly fell off a pole while connecting electricity in the college.

According to one Huzaifa Abdulhammed, the incident happened on Monday, July 5, when the electricity pole broke while the deceased identified as Alhassan, was on duty.

"On behalf of Kontagora reporters I hereby write to submit our condolences to the family of late Electrical engineer ALHASAN ,a staff of F.C.E Kontagora who lost his life yesterday due to a new poor product of pole wire that broke down with him while he's on his duty to make connections of light in the college!! May Allah give his family the fortitude to bear the lost!! May Allah grant the deceased aljannatul Firdausi!!AmeenMlm ALHASAN is a good man which no one talk ill of him due to his kindness and generosity, Allah gafarta maka!!" Huzaifa Abdulhammed. 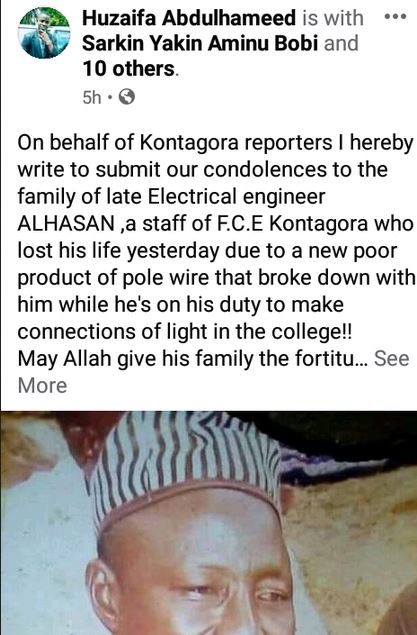