Oko Iyabo: Nigerians Storm Fathia Balogun’s Page To Lambast Her For Appearing In The Movie


Nigerians took to social media to lambast the actress for featuring in the controversial movie. 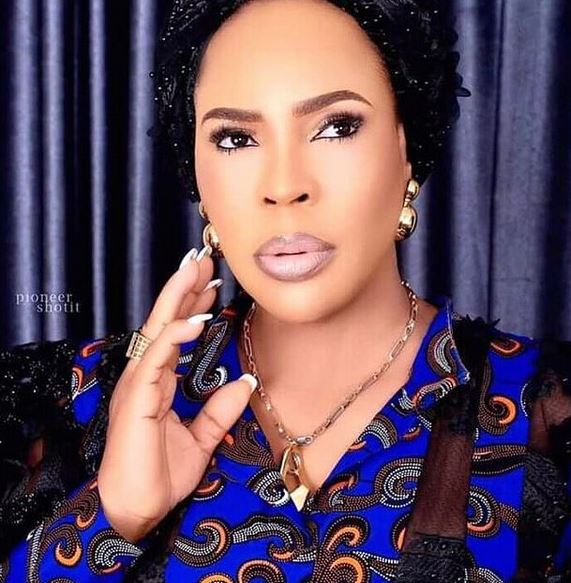 Following the controversial movie "Oko Iyabo" by Nollywood actor, Yomi Fabiyi, many Nigerians have stormed the Instagram page of Fathia Balogun to lay curses on her for staring in the movie.

Recall the release of the movie has caused outrage on social media.

Those who watched the movie said Yomi used the names of Iyabo Ojo, Princess and others in the movie, and allegedly made it look like it is okay for young girls to be in a relationship with adults!!!

Many took to her page and cursed her. Others also said they now know why many people disrespect her.

Some of the reactions below…

Scents by Halar wrote, “Oloshi, oloriburuku ni yin ma…. I never expected you to be this insensitive someone wrote a script to trivialize a girl’s case…. And even you had no decency to say NO…. You lack the tiniest legal knowledge how do y’all go make a film about someone’s true life story without their permission and still use their real names… Is that how dumb you all are? I wonder if you’d do the same if it was your daughter in question….. As a sensible adult the right thing to do regardless of who is right or wrong in that case is to steer clear of controversy but NO you’re shameless you had to star in it no wonder Aunty remi slapped some sense into you at that party y’all disgust me… BLOCK ME MADAM ITS THE BEST YOU CAN DO”

Mafuzah wrote, “If shameless was a person. Even if ikebe super was daft sheybi they said “agba okin wa loja kori omo tun tun wo “ but since ti agba tiyin wa useless, you can’t see what’s wrong about the script. Agbaya, Eranko ……..”

Nikky ShineShine wrote, “I don’t want to believe what I just watched about this oko iyabo no no no it can’t be true no way”

Call Me Dammy wrote, “I always wonder why people disrespect so much, your presence in yomi’s new movie explains it. You are indeed a classless woman. So disappointed”

Wumitepretty wrote, “Abeg how much yomi give this woman, that makes her to disgrace her generation like [email protected] just bcoz it involved anty iyabo, this is bad, ontop change, I don’t blame u Sha,when guy way no reach ur age carry u go Dubai for ur yeye birthday, how u wan get sense.Na small boys dey”

Peyemi Vopel wrote, “I can’t believe my niece is your daughters friend in NTIC, I will warn her to stop talking to your daughter. For you to agree to act a movie that states it’s ok for a minor to date an elderly man shows that is what you are teaching your daughter. I will tell my niece my niece to avoid your daughter at all cost.”