Justice Ahmed Mohammed, in a ruling, on Wednesday, dismissed the application because Yakubu wasn’t the maker of the exhibits and as such, he could not be cross-examined based on those documents. 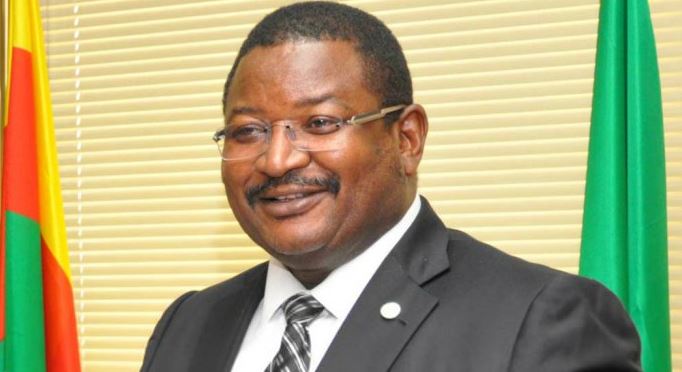 The request by the Economic and Financial Crimes Commission (EFCC) to play video evidence in the trial of Andrew Yakubu, a former Group Managing Director (GMD) of the Nigerian National Petroleum Corporation (NNPC), has been rejected by a Federal High Court in Abuja.

Justice Ahmed Mohammed, in a ruling, on Wednesday, dismissed the application on the grounds that Yakubu wasn’t the maker of the exhibits and as such, he could not be cross-examined based on those documents.

Justice Mohammed had, on June 30, fixed July 14 for ruling on the EFCC’s application.

The EFCC’s lawyer, Farouk Abdullah, had sought an order of the court to play video documents which were tendered while taking the evidence of the sixth prosecution witness (PW6) on Oct. 17, 2018, and admitted in evidence by the court in cross-examining Yakubu, who was in the witness box as the first defence witness (DW1).

However, Ahmed Raji, SAN, counsel to the defendant, opposed the anti-graft agency’s application.

Raji had argued that Yakubu wasn’t a maker of the exhibits which in the eyes of law were documents.

He also argued that allowing such application would be going contrary to “the directives of the Court of Appeal as to what is to be done in the suit.”

In his ruling, Justice Mohammed, however, disagreed with the EFCC in his ruling.

The Judge also deferred the EFCC’s fresh application to recall two prosecution witnesses (PWs) for a re-examination pending when Yakubu’s cross-examination is completed.

Mohammed noted that Yakubu, who had been in the witness box as DW1 (first defence witness) since July 8, 2020, had already given his evidence before the court.

He held that it would be unfair to keep the defendant in the witness box for over a year and grant such prayer when the cross-examination was yet to be completed.

“Therefore, the application to recall two witnesses is deferred until the DW1 cross-examination is completed,” the judge ruled.

He, however, adjourned the case until July 29 for the continuation of the cross-examination of Yakubu.

Recall that Yakubu was arraigned on March 16, 2017, on six counts but the trial court struck out counts five and six.