Many of those reported missing were on the roofs of at least six houses that were swept away by floods in the municipality of Schuld, where the rainfall caused rivers to burst their banks. 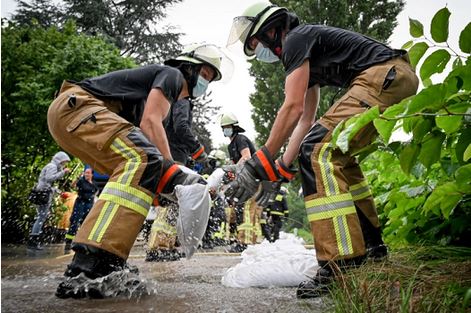 Over 19 lives have been lost and several others missing after heavy rains triggered flash floods in parts of Germany, damaging homes and disrupting transport.

Police in the western city of Koblenz said in a Twitter post on Thursday that four people had died in Ahrweiler county, with some 50 others trapped on the roofs of their houses awaiting rescue. 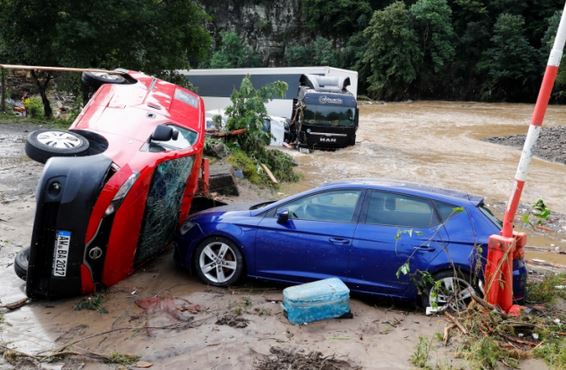 Many of those reported missing were on the roofs of at least six houses that were swept away by floods in the municipality of Schuld, where the rainfall caused rivers to burst their banks, local police said.

Schuld is located in the Eifel, a volcanic region of rolling hills and small valleys southwest of Cologne. The full extent of the damage in the region was still unclear after many villages were cut off by floodwater and landslides that made roads impassable.

Many dead, dozens missing after heavy rains in Germany

In the historic spa town of Bad Muenstereifel in Euskirchen, residents said they felt the damage was akin to a bombing.

“What you see here now is worse than after a bombing raid,” resident Rosa Lahagner told the Associate Press, adding that local businesses would face difficulties for years to come.

Another resident, Siegfried Berg, called it “an emergency like World War II.” 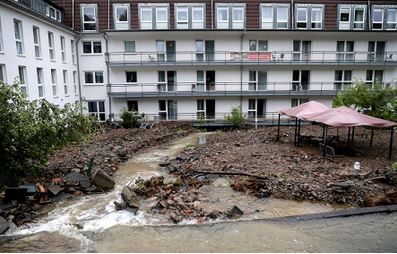 Authorities have declared an emergency in the region after days of torrential downpours caused disruption in rail, road and river transport. Large parts of western and central Germany, as well as neighbouring countries, have experienced widespread damage.