This is coming after a senator, Enyinnaya Abaribe has also rocked similar shirt. 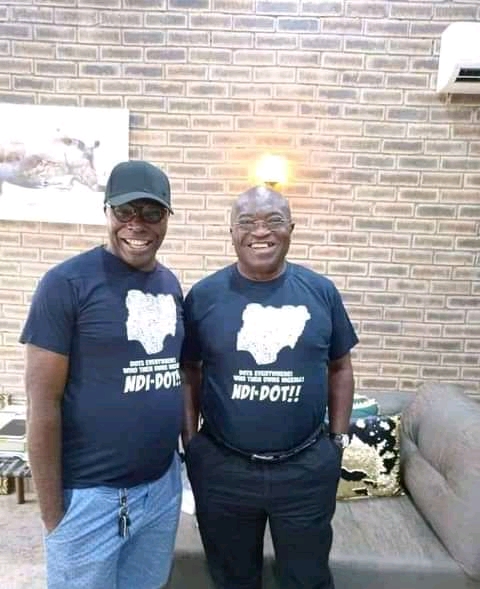 Governor Ikpeazu wearing dot nation t-shirt
Abia State governor, Okezie Ikpeazu has been spotted rocking 'dot nation' t-shirt.
This is coming after a senator, Enyinnaya Abaribe had also rocked similar shirt.
Ikpeazu was seen wearing a Dot Nation branded T-Shirt with the inscription, 'NDI-DOT!!!'
Recall that the trend began after the President, Muhammadu Buhari had mocked people of the south east during a broadcast that they are a dot in a circle. His reference to the landlocked nature of the region.
Instead of getting offended by the remark, leaders of the region have proudly embraced the dot nation talk.
Top Stories