Rochman Rudy, one of the three Israeli filmmakers arrested by the Department of State Services (DSS) shared his experience after his release. 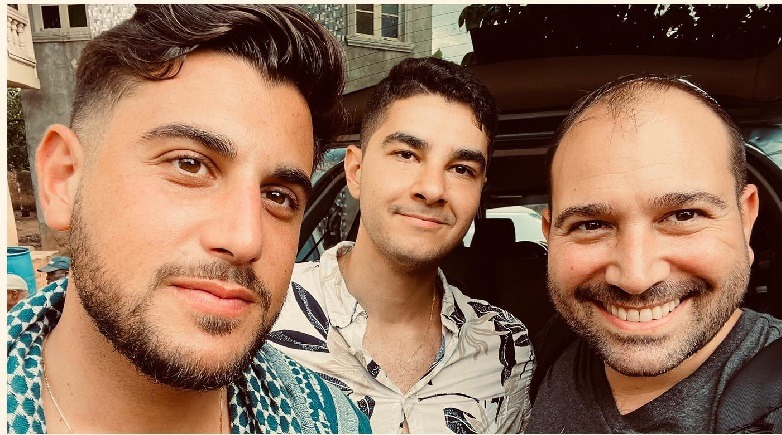 Israeli filmmakers
An Israeli filmmaker has described the torture he endured in the hands of operatives of the Department of State Services (DSS) as just a bit of the suffering Igbos pass through in Nigeria.
Rochman Rudy, one of the three Israeli filmmakers arrested by the Department of State Services (DSS) shared his experience after his release according to Sahara Reporters.
In July, Rochman a Zionist activist was arrested alongside filmmaker Noam Leibman and French-Israeli journalist, E. David Benaym by officials of the DSS on allegations that they supported the activities of the Indigenous People of Biafra (IPOB).
They were arrested at Ogidi village, Idemili North Local Government Area of Anambra State while shooting a documentary titled, “We Were Never Lost”, which explores Jewish communities in African countries such as Kenya, Madagascar, Uganda, and Nigeria.
The filmmakers reportedly spent 20 days in detention without being charged to court by the Nigerian government.
However, in a statement released on his official Instagram page on Saturday, Rudy explained that they had set out to tell the story of the Igbo Jews before their unlawful arrest, NAN reports.
“We only managed to film for two days out of the two weeks planned in Igboland when armed militants wearing black ski masks forced us at gunpoint into a van, stripping us of our phones and passports. We didn’t see the light of day or had any form of communication with the outside world till we were released 20 days later,” he wrote.
Rudy also expressed the need to reset focus on the Igbos who have been living in the reality of the 20 days of the ill-treatment they suffered at the hands of Nigeria’s secret police.
“Now that we are back, it’s important to reset and focus on the Igbo Jews who’ve faced what we went through their whole lives and still live with that reality daily,” he added.
The Israeli further disclosed that he and his team have been blocked from subsequent visits to Nigeria.
Igbos under President Muhammadu Buhari’s administration have constantly complained of marginalisation and maltreatment.
In May the Inspector-General of Police, Usman Alkali Baba, launched a special operational action plan code-named, Operation Restore Peace, to quell the Indigenous People of Biafra and its militant arm, Eastern Security Network, over the uprising in the region.
The police said the IGP launched the special operation at the Michael Okpara Square, Enugu as part of efforts targeted at returning “the South-Eastern region to its historical pride of place where its people are known to be peaceful, tolerant, innovative, industrious and entrepreneurial.”
In the same month, a controversial tweet from Buhari threatened to deal with Igbo youths over the destruction of government facilities in the region.
The president, before the ban on the microblogging platform, Twitter, vowed that “those misbehaving” would “soon have the shock of their lives,” while referencing his role during the 1967 Biafra war where over a million people were gruesomely killed.
“Many of those misbehaving today are too young to be aware of the destruction and loss of lives that occurred during the Nigerian Civil War,” his deleted post said. “Those of us in the fields for 30 months, who went through the war, will treat them in the language they understand.”
This attracted a lot of outrage from Nigerians, especially those of the Igbo extraction who considered this genocidal.
Top Stories