An Indigene of the area described the purported killing of the python by the undergraduates as sacrilegious, noting that if not properly handled, it would have dire consequences on the school and the management. 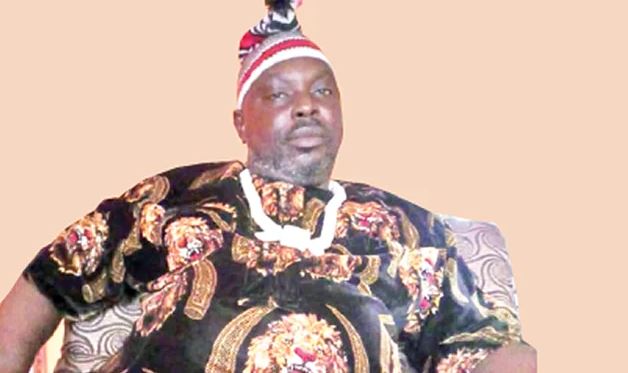 The reports that the killing of a sacred python named “Eke Nworie” by students of the Alvan Ikoku Federal College of Education, Owerri, Imo State, has caused a rift between the institution and its host community, Owerri Nchise.

It was gathered that the python said to be 70 years old was a significant totem in the culture and tradition of Owerri people.

It’s a taboo to kill a python in Owerri and also culturally forbidden for an Owerri indigene to either kill or eat a python.

Thus, it was shocking to indigenes and elders when news broke that a python which slept at Nworie River was killed by students of the institution.

An Indigene of the area, Okere Ndu, described the purported killing of the python by the undergraduates as sacrilegious, noting that if not properly handled, it would have dire consequences on the school and the management.

A student of the institution who gave his name only as Kingsley told Punch correspondent that the python was killed on the campus after it killed two goats.

The students said, “The python was scary. We were afraid and thought it would attack us after it killed two goats. Those students who killed it acted in self-defence and we didn’t know that it was culturally forbidden to kill a python in Owerri.”

Another indigene of Owerri, who spoke on condition of anonymity, said that a similar Eke Ala Owerri python, which was the forebear of the present one, was allegedly killed by some white contractors working on the Wethedral-Christ Church road in Owerri between 1979 and 1980 during the administration of Sam Mbakwe.

The indigene said, “The contractors killed the Eke Ala Owerri python during the construction of Wethedral/Christ Church road.

After the incident, there were problems among the contractors.

Their equipment began to break down. They were losing both manpower and equipment. When the contractors were notified of the dangers of killing the python, they were told to consult the then Chief Priest of Owerri (Onye Ishi Ala), the late Eke Igwe Nwoduo Ejiogu, for cleansing and they complied.

After the cleansing, the contractors returned to site and the Wethedral/Christ Church road project went on smoothly.“

He added that lack of knowledge of the culture of the Owerri people was not an excuse to kill the pythons.