Victor Moore Osatuyi died after he was stabbed shortly after taking his last exam. 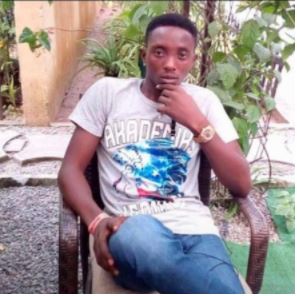 Osatuyi
Victor Moore Osatuyi, a fresh graduate of Yaba College of Technology is dead.
He died after he was stabbed shortly after taking his last exam.
Osatuyi, a  higher National Diploma 2 civil engineering student, had gone out to celebrate with friends after their last exams when he was stabbed.
The father-of-one had joined his colleagues to celebrate at a lounge on July 28 after their exams. However, a fight broke out in the lounge and Victor was injured.
The victim, who was the class governor of his set, was rushed to a nearby hospital where the doctors tried unsuccessfully to save him before they pronounced him dead.
Victor was buried on July 30. Students of Yabatech have scheduled a candlelight event in his honor to hold today, August 3.
Top Stories