This is coming after Nigerians rallied round on social media to make his story go viral in 2020. 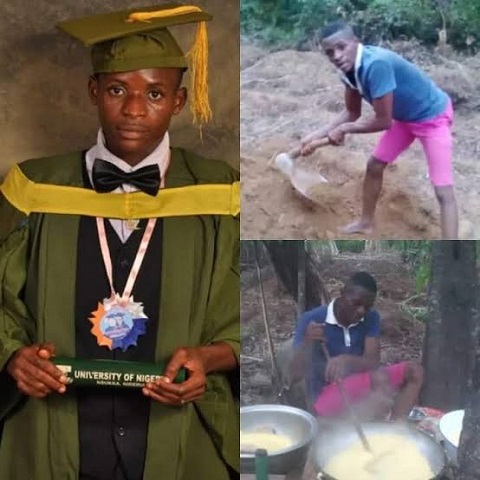 Emmanuel Chinweuba Nworie
A mathematics first-class graduate who wandered in the village and became a farmer due to lack of job has finally relocated to the US.
This is coming after Nigerians rallied round on social media to make his story go viral in 2020.
The young man Emmanuel Chinweuba Nworie turned to farming as a way to survive despite his academic performance.
Months after his story became public knowledge, he was offered a scholarship to study for his post-graduate studies
On Sunday, August 1, Michael Taiwo went on Facebook to write about Nworie, and to inform people that he has finally arrived in the United States.
He described Nworie as a mathematics genius who once won a gold medal in a Nigerian national mathematics competition.
Taiwo wrote:
Nine months. That’s the time between conception and delivery; seed and harvest; potential and reality. Nine months ago, I came across a brilliant young man through our Michael Taiwo Scholarship initiative. I call him a mathematical genius: straight A’s in collegiate Math courses and gold medal winner in a (Nigerian) National Mathematics competition. Yet, he was quite poor, he told us it would take him 6 to 7 years to save for the exams and fees needed to apply to graduate school... The rest is history.
As I write this, he is being picked up at the DFW int'l airport to start his PhD program in Computational and Applied Mathematics at the Southern Methodist University! 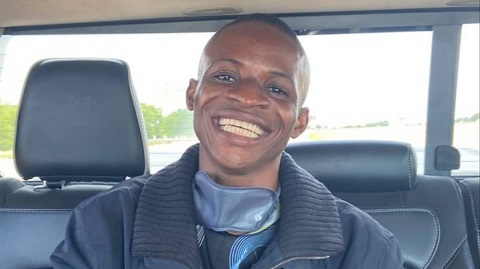 Any successful pregnancy requires a great team of doctors, midwives, nurses etc. This has not been any different. I want to thank Suraj Oyewale, who agreed with me that we should break the story and let the world know what’s going on. You probably know about Emmanuel Chinweuba Nworie today because Suraj and I decided to publicize it. Immense credit to Emmanuel’s MT mentor, Busayo Aworunse, who kept touch with Emmanuel almost daily for the last nine months in addition to financial support. Because of the state Emmanuel was in, we paid for much more than his exams and fees. We basically adopted him. And Busayo is a good part of that. Thanks to the Dixon’s (Tunde Dixon), who hosted him on his trips from his village to Lagos. I’m grateful to Denise Grindstaff, who was part of the interview team and drove 12 hours (round trip) to pick Emmanuel from the airport and ensure he has a great first impression of the US. Thank you to Jimi Olabintan, who would soon host Emmanuel till he moves into his own apartment later this month. Thanks to you all, who called and asked how you can help, who kept wishing us well. It has been hugely encouraging. I feel a burden to come back here and let you know that the baby has been safely delivered. A new chapter of his life effectively begins today.
Congratulations Emmanuel Chinweuba Nworie. I know you'll make us all proud.
Please join me to congratulate him and say thank you to the team that made this happen.
See post below:
Top Stories