Joined in the suit as Respondents are Mr Abubakar Malami, SAN, Minister of Justice and Attorney General of the Federation; and Mrs Zainab Ahmed, Minister of Finance, Budget and National Planning. 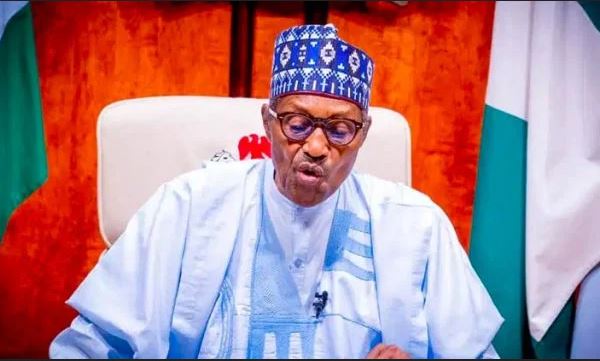 Socio-Economic Rights and Accountability Project (SERAP) has filed a lawsuit against President Muhammadu Buhari over his failure to probe allegations of missing N106 billion from 149 ministries, departments and agencies (MDAs).

Joined in the suit as Respondents are Mr Abubakar Malami, SAN, Minister of Justice and Attorney General of the Federation; and Mrs Zainab Ahmed, Minister of Finance, Budget and National Planning.

According to SERAP in a statement signed by its Deputy Director, Kolawole Oluwadare on Sunday, the suit was also filed against Buhari over his failure to “ensure the prosecution of those suspected to be responsible, and the recovery of any missing public funds”.

The suit followed the grim allegations by the Office of the Auditor-General of the Federation in his 2018 annual audited report that N105,662,350,077.46 of public funds are missing, misappropriated or unaccounted for across 149 MDAs.

In the suit numbered FHC/ABJ/CS/903/2021, which was filed last week at the Federal High Court in Abuja, SERAP is seeking: “an order of mandamus to direct and compel President Buhari to promptly investigate the alleged missing N106 billion of public funds, ensure prosecution of anyone suspected to be responsible, and the full recovery of any missing public money.”

In the suit, SERAP argues that: “Recovering the alleged missing public funds would reduce the pressure on the Federal Government to borrow more money to fund the budget, enable the authorities to meet the country’s constitutional and international obligations, and reduce the growing level of public debts.

“Directing and compelling President Buhari to ensure the investigation and prosecution of the alleged grand corruption documented by the Auditor-General would be entirely consistent with the government’s own commitment to fight corruption, improve the integrity of MDAs, and serve the public interest.

“The alleged missing public funds have hampered the ability of the indicted MDAs to meet the needs of average citizens, as the missing funds could have helped the government to invest in key public goods and services, and to improve access of Nigerians to these goods and services.”

The group also noted that the “suit is in keeping with the requirements of the Nigerian Constitution 1999 [as amended]; anti-corruption legislation, and the country’s international obligations including under the UN Convention against Corruption; and the African Union Convention on Preventing and Combating Corruption to which Nigeria is a state party”.

SERAP is also seeking an order to compel the president “to publish full details of the yearly budgets of all MDAs, and issue regular updates that detail their expenditures, including by making any such information easily accessible in a form that can be understood by the public.”

The suit filed on behalf of SERAP by its lawyers Kolawole Oluwadare and Ms Joke Fekumo, read in part: “The failure to investigate the allegations of grand corruption in the 2018 annual audited report constitutes a grave violation of the duty placed on the Nigerian government to take appropriate measures to promote transparency and accountability in the management of public finances.

“President Buhari’s constitutional responsibility to ensure the investigation and prosecution of allegations of corruption, as well as recovery of any missing public funds is contained in Section 15[5] of the Nigerian Constitution, which provides that ‘the State shall abolish all corrupt practices and abuse of power’, and in the Oath of Office in the Seventh Schedule of the Constitution.

“The Oath of Office of the President is considered of such importance that section 140 of the 1999 Constitution provides that the President cannot perform his or her respective official functions as President without taking the oath of office.”