A source said Aribido had been arrested in Ibadan since 2019 and locked up in an underground cell in Abuja despite his asthmatic condition. 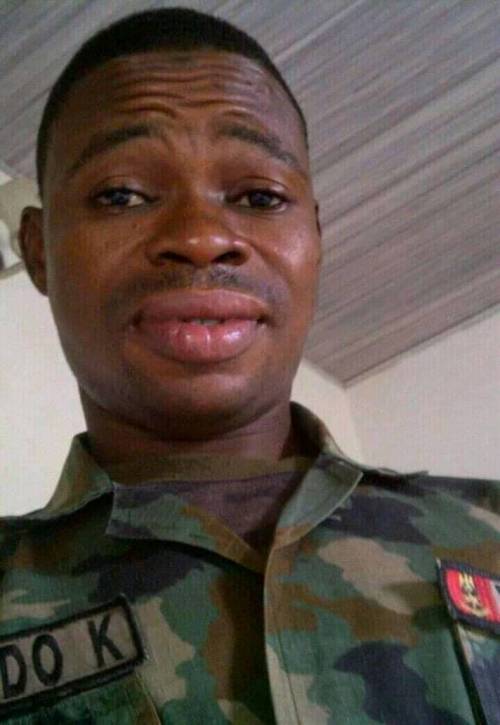 Lance Corporal Kazeem Aribido, a Nigerian soldier, who was attached to the 81 Battalion, 2 Division of the Nigerian Army, has died in a detention centre in Ibadan, Oyo State, according to SaharaReporters.

A military source told SaharaReporters that the young man had been arrested over alleged illegal possession of ammunition after his arrival from a joint operation in Zamfara State.

The source said Aribido had been arrested in Ibadan since 2019 and locked up in an underground cell in Abuja despite his asthmatic condition.

According to him, Aribido's wife had been the one supplying her husband inhalers as the military was not consistent with providing this.

Despite his arrest since 2019, the source said Aribido was just recently arraigned before a military court but had met his untimely death on Monday, August 23 when he was supposed to start his defence.

He said, “Lance Corporal Kazeem Aribido was serving in Ibadan but posted to Zamfara for operation in 2019 because of the crisis in the state but he was sick throughout the period he spent in Zamfara. Due to this sickness, he was now withdrawn back to Ibadan from Zamfara.

“They went to his house in Ibadan in the barracks, picked him up since August 2019 and took him to an underground cell in Abuja. He had a very serious Asthma. They took him to a guard room, locked him there with no consideration for his health; no mat, nothing, no blanket.

“From that time till May 9, 2021, they took Aribido from Abuja guardroom and took him back to Ibadan guard room until his death on Monday. He has a wife, young woman and a child.

“The court told his lawyer to bring no case submission, and when he brought it, it was not authorised and they said he should enter his defence, he was to open his defence yesterday before this incident.

“The wife, a very young woman has really suffered. When she travelled all the way to Abuja to see her husband, they hardly allowed her to see her husband. She has been the one taking inhaler to him in detention. In six months, I don't think the army gave him up to two inhalers.”