A Nigerian man has been apprehended in Thailand alongside his wife for dealing in drugs. 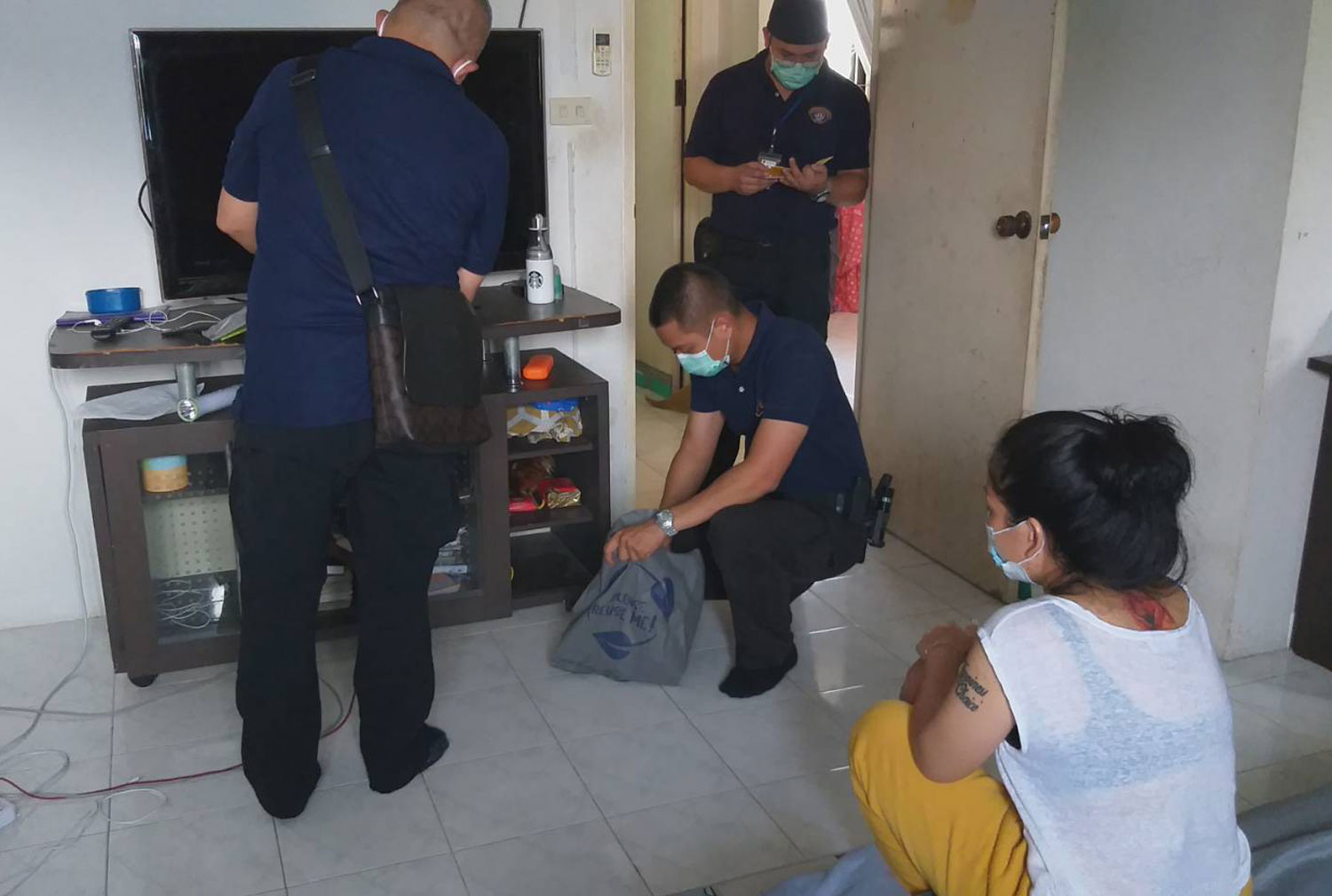 The scene of the incident
A Nigerian man and his Thai wife have landed in serious trouble.
Henry Kelechi Alaeto and Wanwisa Pilatan, 24 were arrested on charges of attempting to smuggle 9 kilogrammes of crystal methamphetamine hidden in shoulder bags to Hong Kong, 10 months after the drugs were seized in Bangkok.
Henry Kelechi Alaeto and Wanwisa Pilatan, 24, were detained by police at their room in Bangkok’s Ratchathewi district on Tuesday, Pol Maj Gen Jirabhop Bhuridej, deputy commissioner of Central Investigation Bureau (CIB), told reporters on Wednesday.
The arresting team found 290 grammes of cocaine, worth about 900,000 baht, in the room, he said.
Employees at a parcel exporting firm in Ratchathewi district alerted police on Oct 20 last year about a suspicious package destined for Hong Kong.
Officers found a total of 9 kilogrammes of crystal meth hidden in 18 of the 30 shoulder bags. The drugs were wrapped in material intended to mask the smell, and brown tape.
Pol Maj Gen Jirabhop said the extended investigation found that the sender was a woman, identified later as Ms Wannisa. Her Nigerian husband drove the vehicle that took her to the parcel service office
Fingerprints found on the drug wrapping matched the husband's, the CIB deputy chief said.
A criminal record check revealed the man had previously been involved in the drug trade, he said. Warrants were then obtained for the arrest of the couple.
In a separate operation, police arrested two Nigerian men in Samut Prakan for other offences.
Iwuamadi Nnaemeka Wockson was charged with illegal entry, and Uzoma Kingsley Nnaemeka, also known as Justin Livinus Oboko, was earlier banned from entering the country after being caught on drug charges.
All four suspects were arrested by officers from the Crime Suppression Division and the Immigration Bureau during searches at four locations, in Samut Prakan and Bangkok, Pol Maj Gen Jiraphop said.
Top Stories