BBNaija: I Cheated On Tega In Our Matrimonial Home – Tega’s Husband Confesses Amid Her Cheating


Reacting to the scandal trailing his wife, Ajmoney revealed that he also cheated on his wife. 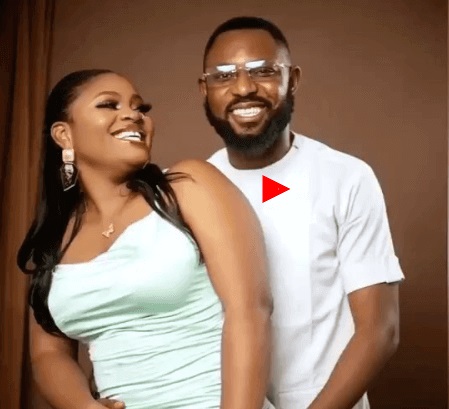 Ajmoney and Tega
Ajmoney, husband of BBNaija housemate, Tega has made a confession on his social media page following his wife's cheating scandal.
Recall that Boma and Tega had a passionate session in the house.
Reacting to the scandal, Ajmoney revealed that he also cheated on his wife.
Tega’s husband made the revelation in a post on his official Instagram page on Tuesday.
He was reacting to her statement that she will move on with her life if her marriage ends after the show.
She had told Boma and Liquorose that she’s not scared of moving on because she will be the one who has everything, both the money and the fame.
Tega’s husband said he cheated in their matrimonial home and the mistake has caused so much damage.
According to him, if Tega is doing or saying anything to spite him, it’s because he deserves it.
“First of all, I Love My Wife so much. However, I will like to state that our marriage is not perfect just like many other marriages out there. We are two imperfect people. The past 24 hours have been hell for us as a family.
“I have wronged my wife in so many ways but cheating on her was what broke the bond we had as a couple. Before you judge me, please note that I’m not perfect. I’m not the best husband as you all think I am. – I cheated on my wife in our matrimonial home. – I am not proud of this.
“This mistake has caused so much damage in our marriage to the extent of her threatening to leave our once happy home. In my own little way, I have tried to make amends for everything I have done wrong. I have tried to support her dreams, to campaign and defend her and also to be a better man. But all these are done in her absence. She doesn’t deserve me. She deserves her happiness and peace of mind. And if she is doing or saying anything to spite me, it’s because I deserve it. I am sorry babe for not being the man you wanted me to be for you. I am sorry for everything,” he wrote.
“ I am just a man that erred and hoped to be forgiven. I love my wife and will give her all the support she needs. Even if she doesn’t forgive me, I want the best for her because she has been nothing but the best woman in my life.
“God bless you all for your prayers and support. @its_tegadominic”.
Top Stories