This followed the Sheikh's refusal to respond to all the new charges against Abduljabbar by the state government. 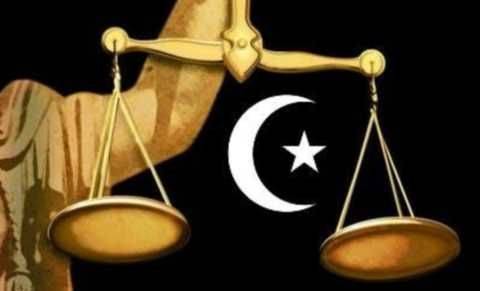 According to a report by SaharaReporters, an Upper Sharia Court in Kofar Kudu, Kano State has ordered Sheikh Abduljabbar Kabara to undergo mental and hearing checks.

This followed the Sheikh's refusal to respond to all the new charges against Abduljabbar by the state government.

Sheikh Abduljabbar Kabara who is standing trial for blasphemy suddenly went quiet after the court approved the inclusion of fresh charges filed by the Kano State government, which his lawyers had objected to.

The presiding judge, Sarki Yola, had overruled their objections and ordered Abduljabbar to respond to the new charges, but his lawyers asked him to keep mute- which he obliged.

The Presiding judge, Ibrahim Sarki Yola, gave the order on Thursday, after the prosecution counsel, Surajo Sa'ida had made the request.

Abduljabbar Kabara was arrested and detained by the Kano State government for alleged blasphemy.

According to reports, he is facing a serious health condition in detention.

SaharaReporters earlier reported that the embattled Sheikh's lawyer, Rabiu Abdullahi previously disclosed that his client's grave health condition had been confirmed by a medical consultant from a government hospital in the state.

Abduljabbar Kabara was said to have undergone some tests before the ailment could be determined.

However, Abdullahi confirmed on Wednesday that he was put on some medications by health personnel to manage the situation.

"A medical personnel has confirmed that he is not healthy. He asked if he was having health issues before he was arrested and he said no. If he was diagnosed with a stomach ulcer and he said nothing was wrong with him before his detention. He was also asked if he had ever had this type of bleeding before and he said he never experienced it in his life.

"The doctor then advised him on what to do and prescribed some drugs. This is pending the outcome of some tests that will confirm his exact condition,” he stated.

Concerning whether they are suspecting any foul play from anywhere to get him eliminated, the lawyer said, "Even if there is any foul play, we cannot say it because we have no proof. We only want the world to know what is happening and judge for themselves.

The state Commissioner for Information, Malam Muhammed Garba, in a statement said the development followed the receipt of the first information report from the police by the Office of the Attorney General and Commissioner for Justice, which prepared charges against the cleric.

According to the statement after the court sitting, the matter was adjourned to July 28, while the scholar would remain in police custody until Monday when he would be sent to prison till the adjourned date.

Meanwhile, on Thursday, the Court ordered that Abduljabbar should undergo a medical checkup.