The lady who is currently struck by penitence recounted how she and this elderly woman got into a feud due to parking space. 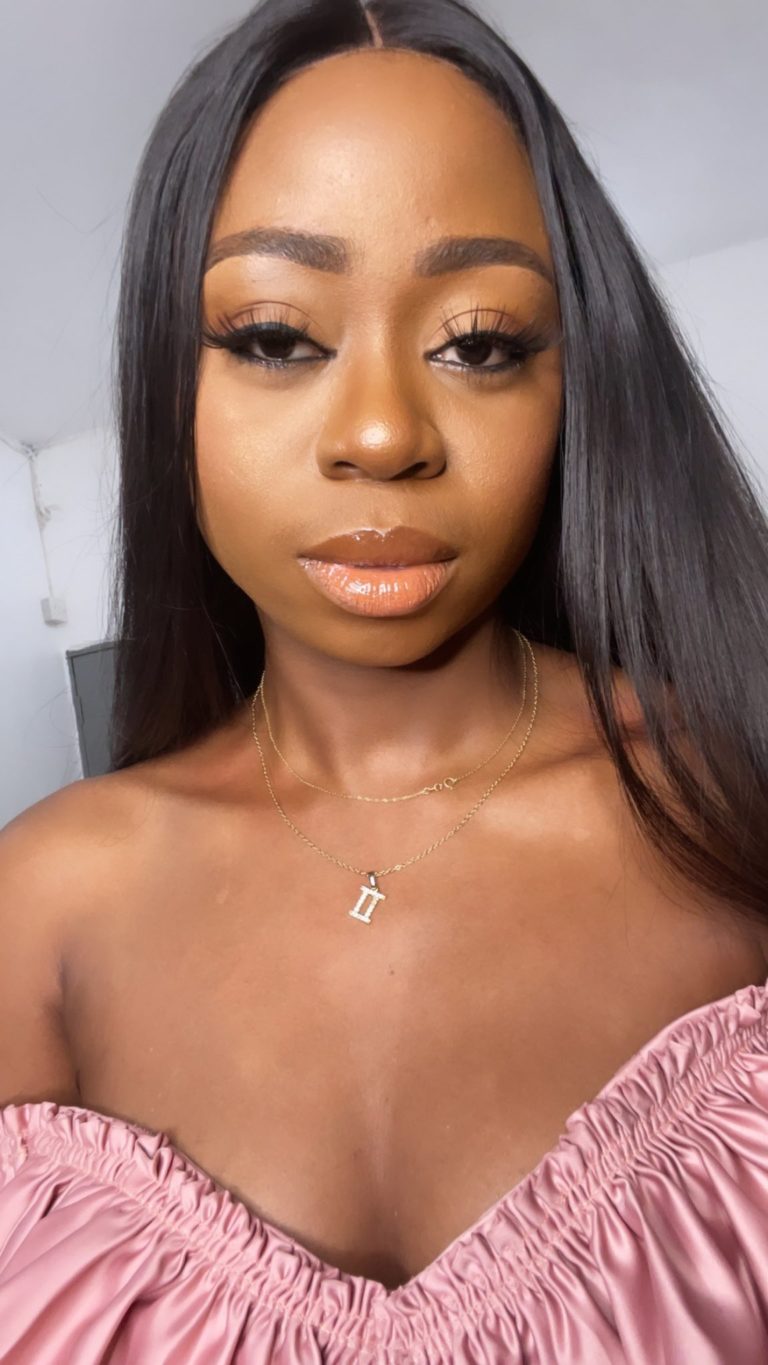 The woman narrated the story on Twitter
A lady has narrated how she flogged the hell out of an elderly woman who slapped her.
She shared her story on Twitter with the handle @FatGirlwithin_.
She said the woman attacked her first.
The lady recounted how she and the elderly woman got into a fight due to parking space.
She further disclosed that the elderly woman refused to shift her car while insisting that she (the narrator) was rude and within a short while, the woman grabbed her hair, reacting to this, she went into her car, brought out a whip and brutalize her with it.
Narrating her story, she wrote:
“Why is it almost impossible for old Nigerian to stay in their lanes??
Because why did this 40yr old woman in my estate slap me this evening?
She made me b*at her now, like she stole money.
Someone parked in front of my apartment (we all have allocated spaces oo). I took a picture and put it on the group chat as expected, waited over 30 mins and got nothing. I called the facility manager. He asked me to chill. Then 2 woman walk past my car, I honk and they ignored.
10 minutes after, one of the women came down to repark the car, so I call her and politely express my displeasure and she just starts yelling at me. So I politely tell her to fuck off. She pulls the old age/respect card and says she won’t move.
Y’all, she’s not even the owner of the car o. But she called me every name she could come up with, I only retorted by with “are you not embarrassed, you’re not making any sense, retard”
Next thing na hot slap on my face, my reflexes took over obviously and I returned the slap
But she didn’t stop, pulled my hair etc.. I was able to break free so I went into my car and grabbed my “koboko” and proceeded to flog her like thief.
No one should ask me why I have koboko in my car o (that’s a different story entirely).
She threatened police, over 2 hours ago
This is an abridged version of the situation because I’m horrible at writing.
I was home by 3 and didn’t enter my house till 5pm.
I wish people would keep their hands to themselves.
I hate that I hit someone today, it’s totally out of character for me and I feel horrible.”
Check out her tweets below: 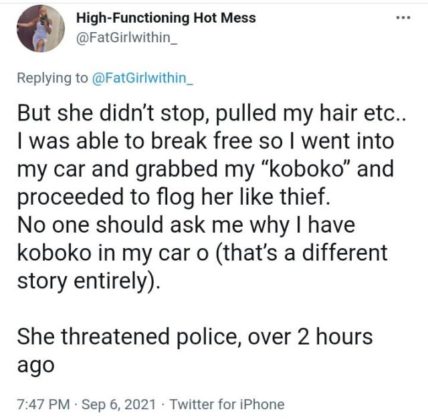