She revealed that she had always desired affluence but not fame even though she couldn’t figure out how that could be attained. 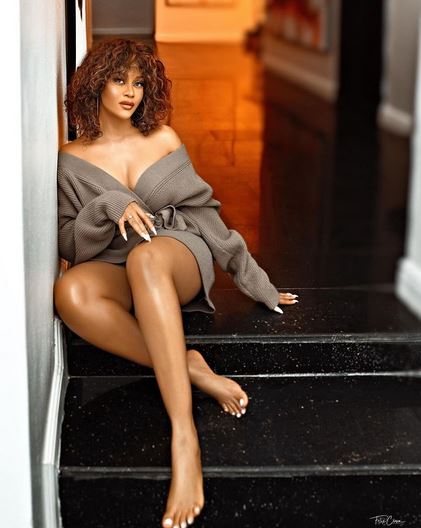 Nigerian actress, Damilola Adegbite has stated that from the onset, she wanted wealth without being famous.

The television personality in an interview with Ebuka Obi Uchendu on ‘Rubbin Minds’revealed she had always desired affluence but not fame even though she couldn’t figure out how that could be attained.

The movie star confessed it’s been a huge struggle for her seeing fortune and fame go side-by-side because she would rather not be that “popular” personality who’s always been seen or heard.

“I wanted the fortune without the fame. I don’t know how I was planning to get that. From the beginning my idea was that I want money. I wasn’t really thinking I wanted to be famous.

“And we all know that like you said celebrity life it’s important you have to be in people’s faces like every second of everyday as much as you can. So honestly, it’s a bit of a conflict for me,” Adegbite said.

However, the Tinsel star noted she’s been ensuring she maintains a healthy balance along her career path by keeping constantly keeping herself in check by making sure she doesn’t lose herself trying to be pressured into society’s expectation of her.

The mother of one said: “I try my best but at the same time, I try to keep a healthy balance where I don’t feel like I’m losing myself, I don’t know who I am anymore.

“I’m trying not to look at it from the aspect of o you have to impress people. You have to give people what they want all the time. So I’m not feeling constant pressure of o I have to be this person that everybody expects me to be.

“So I try to just maintain a healthy balance as much as I can and it’s been working for me, it works for me.”