The Palace said the monarch and his entourage went to the community to offer prayers but were attacked by some thugs. 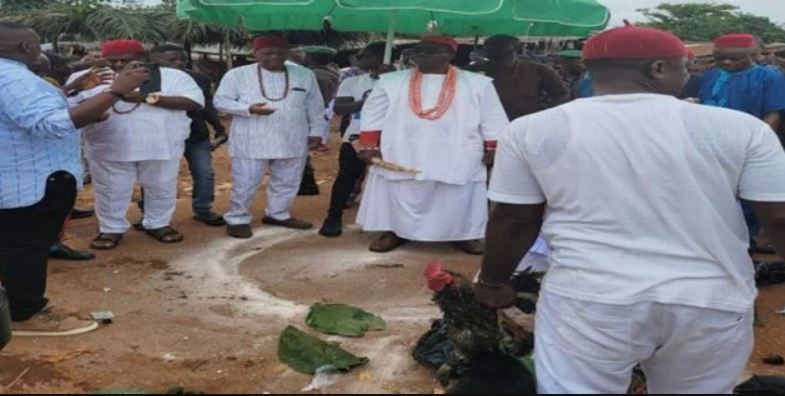 According to a report by The PUNCH, the Palace of the Obi of Ogwashi-Uku, HRM Obi Okonjo II, has said that the monarch and his convoy survived a cultist attack during a visit to Otulu Ogwashiku-Uku in Delta State on Friday.

The Palace said the monarch and his entourage went to the community to offer prayers but were attacked by some thugs.

This was contained in a statement titled, ‘Statement From The Palace Of The Obi Of Ogwashi-Uku Regarding The Incident Today At Otulu Ogwashi-Uku’.

It partly read, “The Obi and members of the Council of Ogwashi-Uku visited Otulu Ogwashi-Uku Friday, September 17, 2021.

“The visit was largely successful and the Obi met members of the community, prayed with them and discussed with them about the issues.

“At the end of the visit and when the Obi was departing, cultists and thugs imported into Otulu who was aware of the visit attacked members of the entourage who were at the rear of the convoy. The thugs also attempted to forcefully seize a gun belonging to a law enforcement member who escorted the Obi on the visit.

“It is important to note that members of the press accompanied the Obi on the visit. Also law enforcement agents from the Office of the Area Commander and the Brigade Command in Asaba were also there at the visit and witnessed everything that happened.

“The people who sponsored the thugs are known to us and will be brought to Justice.”