Joshua, who now has a professional record of 24-2, finished the fight slumped against the ropes and was lucky not to be knocked out by his opponent. 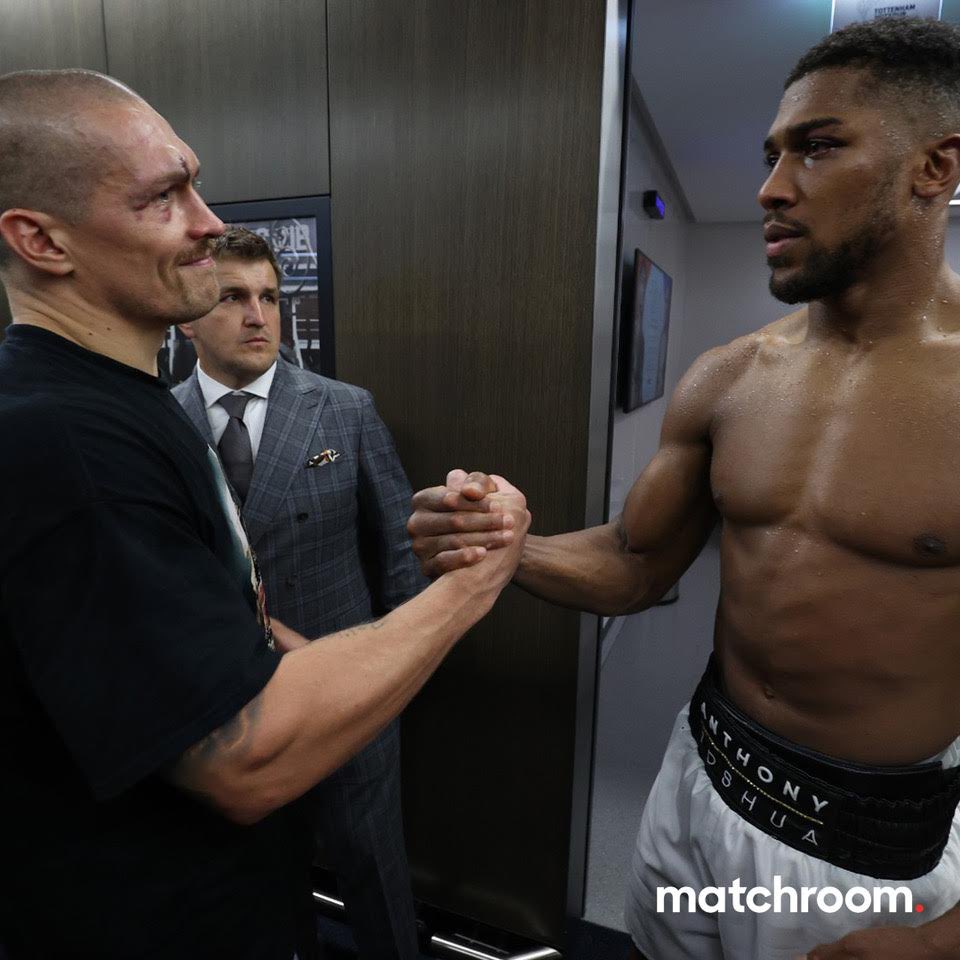 Joshua and Usyk
New heavyweight champion, Usyk has said he will want the rematch between him and Anthony Joshua to be held in Ukraine.
Recall that Usyk overcame Joshua on Saturday night with a majority decision at The Tottenham Hotspur Stadium.
The judges gave scores of 117-112, 116-112 and 115-113 in his favour. It followed an absolute masterclass in front of 65,000 hostile fans inside the north London venue.
Joshua, who now has a professional record of 24-2, finished the fight slumped against the ropes and was lucky not to be knocked out by his opponent.
The Brit’s hopes of meeting domestic rival Tyson Fury in a showdown for all of the heavyweight world titles was also left in tatters by the result, which saw Usyk claim the WBA, WBO, IBF and IBO belts.
Joshua is, though, expected to invoke a clause giving him a rematch and Usyk was asked after the fight where he would want the return bout to take place.
“I would love to have the rematch at Olympiyskiy Stadium in Kiev,” he replied.
Joshua’s promoter Eddie Hearn dropped a heavy hint that the rematch would, however, take place in the United Kingdom.
“We will work together to maximise (the income), Ukraine is very unlikely,” said Hearn.
“I think it will be international or the UK, I would think it would be in the UK.
“It’s going to be really difficult because Usyk’s confidence will be sky high, but when you get to the level of Anthony Joshua, as we saw after the Ruiz defeat, there’s no 10-round comeback fights and warm-ups.
“It’s straight back into the fire and he will want to go straight back into that rematch. He will be an underdog in the rematch this time after that tonight, but that’s what he does.”
Top Stories