Jana'za (burial rites) according to Islamic injunction was about to commence at the time of filing this report. 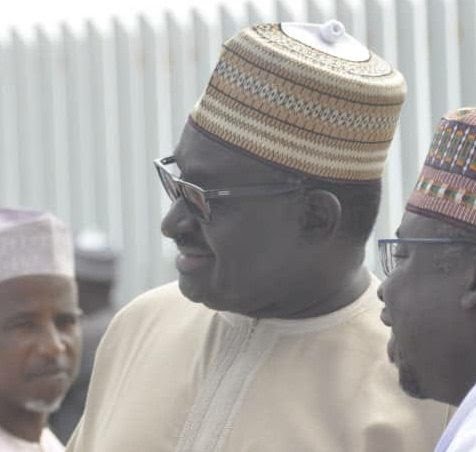 Aisha died at the age of 96 in Yola, the capital of Adamawa state, Sunday afternoon.

Jana'za (burial rites) according to Islamic injunction was about to commence at the time of filing this report.

A family member, Sani Garba confirmed the death to SaharaReporters, saying, "Prayers will start shortly at the Jimeta Central Mosque, in the state capital, after which jana'za (burial) would take place at the Jimeta cemetery."

Meanwhile, Governor Ahmadu Fintiri has commiserated with the family of the presidential aide.

The Director-General, Media and Communications to the governor, Solomon Kumangar said, "The demise of Mama Aisha, mother of the president's chief aide, Sarki Abba, has come to the governor as a rude shock.

"Though she died at the ripe age of 96, we in Adamawa are in pain because of her departure. We, therefore, sympathise with our own Sarki Abba, President Muhammadu Buhari and the entire family at this time."