A civil rights' activist and writer, Tam Oburumu, in a post said the bridge if not fixed on time would claim many lives, while calling on the government to attend to it. 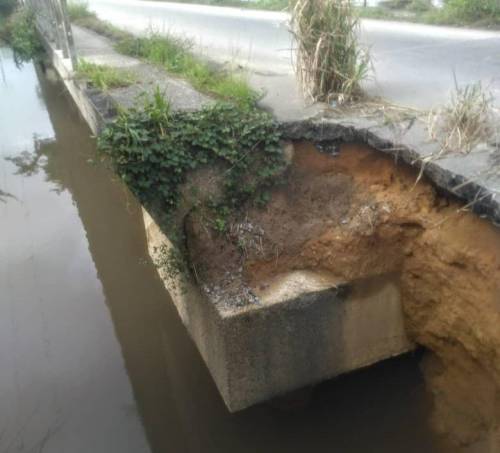 The many residents of Bulou Apelebiri in Delta State have cried out to the state Governor, Ifeanyi Okowa, and other political actors in the state to attend to the near-collapse of a highway bridge in the area, according to SaharaReporters.

SaharaReporters learnt that the road connects to the hometown of the Bomadi Local Government Area which is the hometown of Senator James Manager representing Delta South Senatorial District under the Peoples Democratic Party (PDP).

A civil rights' activist and writer, Tam Oburumu, in a post said the bridge if not fixed on time would claim many lives, while calling on the government to attend to it.

He said, “Please, we are crying out over the near-collapse of the only bridge that’s leading to Bomadi local government area of Delta State. This is the home of Senator James Manager who has been representing the place since 2003.

“I have been crying over the very bad and dangerous state of the road yet no one is listening. If something is not done, innocent people will die.”

In his Facebook post which he tagged, ‘Gateway To Hell’, Oburumu lamented that the poor condition of the road depicts the crop of unresponsive leaders the state and Nigeria at large produces. 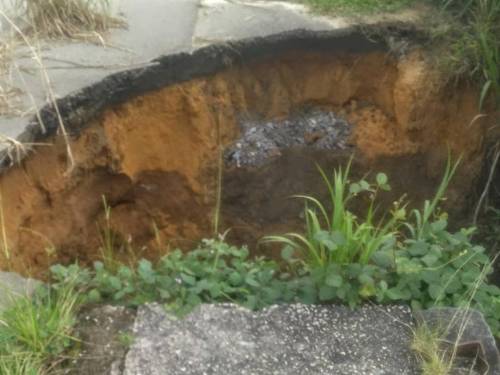 The writer said he had appealed to the political class in Delta over the state of the bridge but yielded no positive results.

“I have complained several times, but unfortunately on politically and tribally deafened ears. This is not an appeal but an immediate demand for this bridge before Bulou Apelebiri (Bedeseigha) to be fixed. The only road leading to Bomadi LGA, Delta State is now a death trap. A negative testimonial is this to the present crop of inhumane and selfish leaders.

“Again, the fixing of this bridge is not an appeal but an immediate demand to Governor Ifeanyi Okowa, the self-styled road master and his political players who unfortunately are our own brothers.

“Innocent people will die soon if nothing is done quickly on this tragedy people call road. I am truly sick and tired talking and writing about the gross underdevelopment about this area despite having elites like James Manager, Godsday Orubebe, Nicholas Mutu, William Angadi, Basil Ganagana, Kingsley Otuoro and others who have been pretending to represent a people without a course.

“The deliberate neglect of this road shows the huge vacuum in leadership and qualitative representation we have come to experience because we refused to think properly due to unnecessary party, tribal and religious sentiments,” Oburumu lamented.