The Graduate moved to Lagos to succeed has lamented after spending five years selling popcorn. 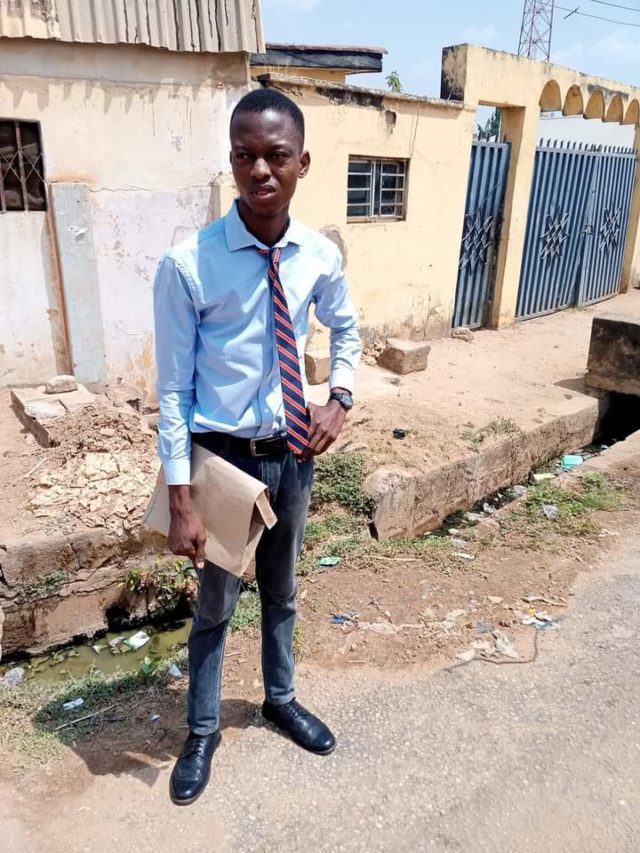 Alinwakingsley
A promising Nigerian graduate has lamented on Twitter after relocating to the metro city of Lagos 5 years ago in order to make it in life.
However, his dreams of making it big has been unproductive as he ended up selling popcorn for the past five years just to survive.
The Twitter user identified as @Alinwakingsley, said his dream five years ago was to move to Lagos when he completed his degree programs to secure a good-paying job and start a wonderful life.
Unfortunately, since moving to Lagos, he has been struggling to secure a good job, only to end up selling popcorn. 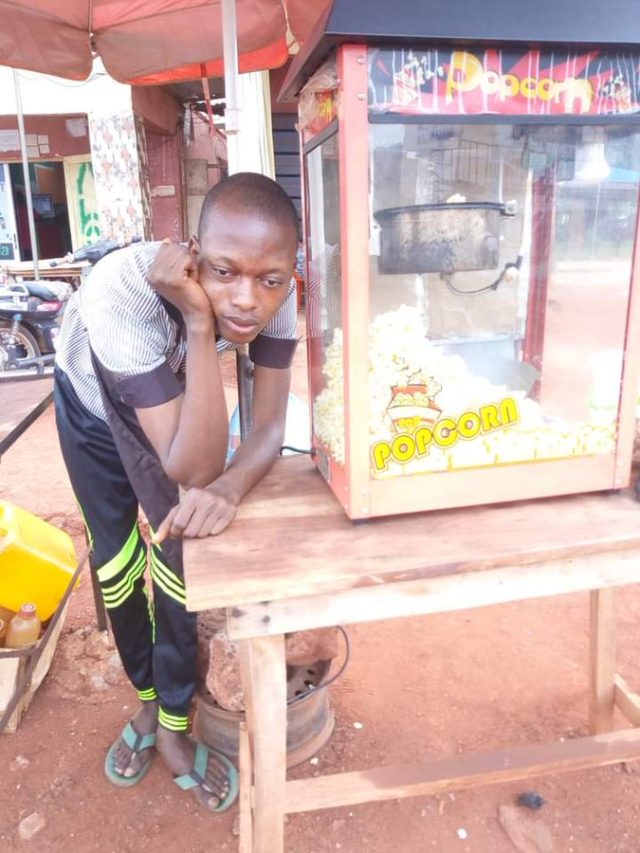 “And my friends told me, come to Lagos, you will make it, but I have been in this Lagos for 5yrs na only popcorn 🍿 I dey fry,” he wrote in a post. 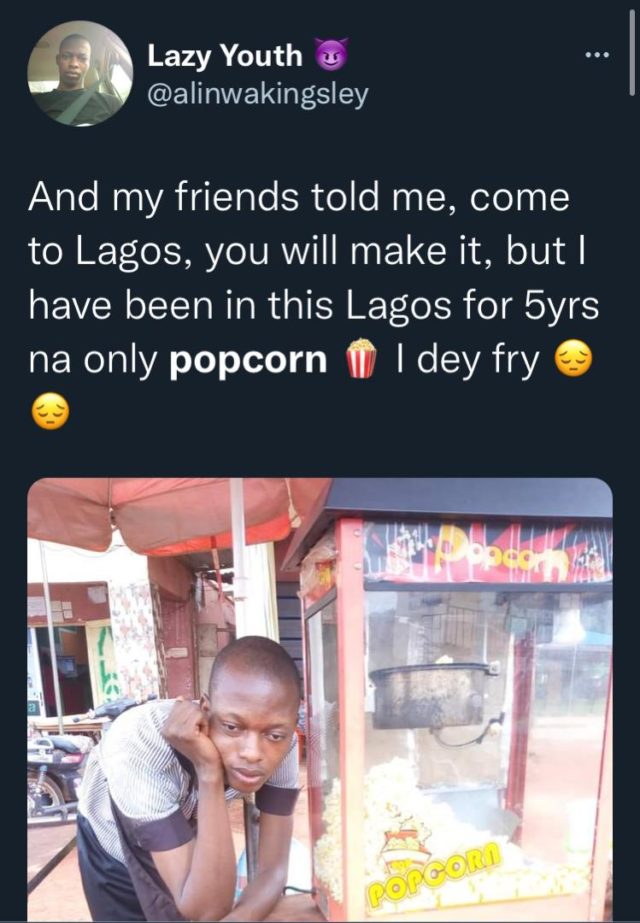