The CUPP made the allegation on Sunday in Abuja through a statement by its spokesperson, Ikenga Ugochinyere. 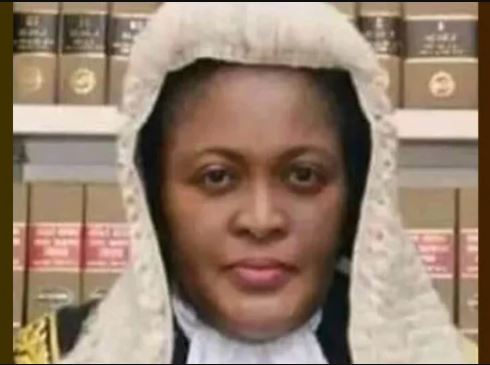 According to The PUNCH, the Coalition of United Political Parties has alleged that the Federal Government, through its security agents, invaded the residence of Justice Mary Odili, on Friday, in order to plant incriminating materials that would facilitate her arrest.

The CUPP made the allegation on Sunday in Abuja through a statement by its spokesperson, Ikenga Ugochinyere.

The group said it received with shock Friday’s invasion of the Abuja residence of the Justice of the Supreme Court, by armed security agents.

As a group of opposition political parties, CUPP said it “condemns this ungodly and illegal invasion in its entirety.”

Part of the statement read, “Despite its denial, we see the handwriting of the Federal Government clearly on this provocative action of the security agents which was an affront on another arm of government, the judiciary.

“We know, based on past experiences, that the invasion was conceived and orchestrated by the Federal Government to plant incriminating materials in the house of the respected apex court’s Justice with a view to having a reason to arrest and keep her behind bar.

“With the development, CUPP says the executive arm of government led by President Muhammadu Buhari has again taken its executive recklessness to a new and disturbing height.

“All lovers of democracy and friends of Nigeria must be concerned about this development which was meant to put fear in the mind of justices, therefore pocketing the judiciary so that the Federal Government can continue with its lawless, provocative and arbitrary actions without the checks and balances that are supposed to be provided by the other arms of government.

“The CUPP therefore calls on the Federal Government to restrain from further plunging the country into a state of lawlessness by its action.

“The opposition political parties also call on stakeholders in the nation’s temple of justice not to bow to any form of intimidation from the Federal Government, security agencies or any other persons or bodies for that matter.

“They should continue to carry out their roles as the last hope of the common man without fear or favour.”