Oh No! Baby, Mother, 4 Others Die As Water Tanker Rams Into Tricycle


The incident left a one-year-old child, his mother and four other persons dead and many others injured. 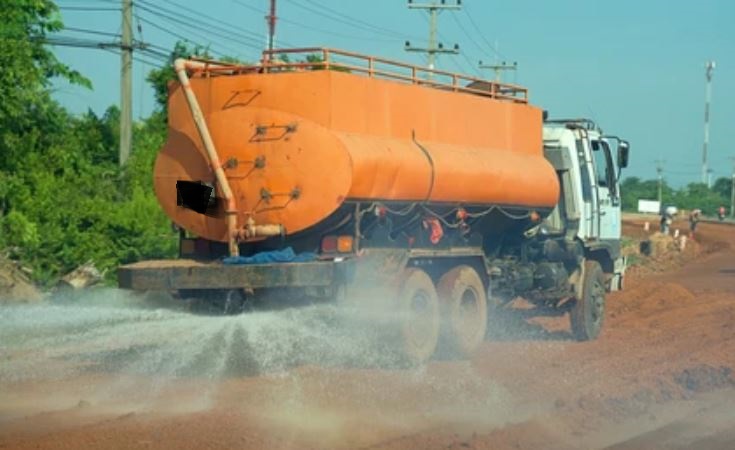 It was serious tragedy that struck in the popular Nza Street Junction, Independence Layout Enugu recently when a water tanker rammed into a commercial tricycle loading bay on Thursday evening, according to The Nation.

The incident left a one-year-old child, his mother and four other persons dead and many others injured.

Eyewitnesses said the tricycle driver and five passengers died on the spot.

One of the eye witnesses said: “The tanker was coming from UNICEF end.

It obviously lost its break and also lost control because it was descending from the sloppy road.

“It came crashing on the keke drivers that were waiting for passengers opposite the Bush Bar.

“The tanker continued moving and hit down a woman and her child, the woman died on the spot and we are suspecting that the little baby she was carrying was dragged along by the tanker because it was fully loaded.

“It continued moving and ended up in the compound sharing same fence with the Bush Bar before stopping.

“A lot of persons are pinned down by the vehicle but we have seen four lifeless bodies. This is a very big tragedy”.

It was gathered that in the confusion, an angry mob set the truck ablaze as the driver managed to escaped by whiskers.

Governor Ifeanyi Ugwuanyi has visited the scene and the POSH Hospital where the survivors are receiving treatment.

A statement by the Governor’s Special Assistant on Media, Louis Amoke, on Friday, said that Ugwuanyi on receiving news of the unfortunate incident immediately visited the scene of the incident for needful intervention Thursday night.

Amoke said the Governor, who was accompanied by his deputy, Mrs. Cecilia Ezeilo, also visited the Posh Hospital, New Haven, Enugu, to empathise with the survivors and ensure that they receive adequate medical attention.

He also said that the Governor has pledged to pay all medical bills of the accident victims and made sufficient funds available with the hospital management to ensure the patients were properly treated without any hindrance.

Ugwuanyi, according to him, also condoled with the families of victims who lost their lives in the accident and thanked those who rescued the survivors and brought them to the hospital for being Good Samaritans.