Environmental campaigners took over the stage at the TED Countdown conference in Edinburgh which was hosting a panel discussion with Royal Dutch Shell CEO, Ben van Beurden. 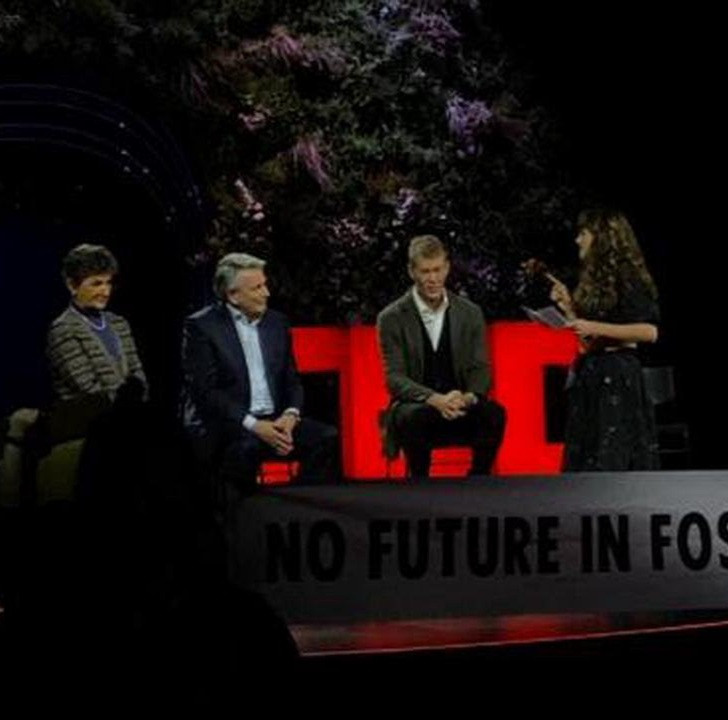 Lauren calls out Shell CEO
A bold climate activist, Lauren has challenged Royal Dutch Shell CEO, Ben van Beurden over the alleged atrocities being committed by the company, especially in Nigeria.
It all happened at a pre-COP26 conference which held in October.
The activist shocked the TED panel in Edinburgh calling Shell CEO, "one of the most evil people in the world".
Environmental campaigners took over the stage at the TED Countdown conference in Edinburgh which was hosting a panel discussion with Royal Dutch Shell CEO, Ben van Beurden.
The activists say they raised concerns with TED Countdown organisers that a fossil fuel company, like Shell, has no place speaking at an event that positions itself as a "global initiative to champion and accelerate solutions to the climate crisis".
Despite calls from activists to remove van Beurden from the panel, he was allowed to retain his speaking slot on the main stage.
One young activist, identified simply as Lauren, was invited onto the stage and used the opportunity to criticise Shell and Siccar Point Energy for steaming ahead with the Cambo oil field during the climate crisis.
In viral videos, Lauren is seen telling Shell CEO that he should be "absolutely ashamed" at the devastation the oil company has caused to communities around the world, stating they are responsible for "so much death and suffering".
Accusing Shell of being one of the main drivers of the climate crisis, Lauren asked why Shell is appealing the recent court ruling by Dutch authorities that Shell must decrease its emissions by 2030.
Van Beurden had his head bowed and did not give a straight answer to the question.
Lauren then said: “I hope that you know that we will never forget what you have done and what Shell has done.
"I hope you know that as the climate crisis gets more and more deadly, you will be to blame. And I will not be sharing this platform with you anymore."
Protestors holding large white banners which read "No future in fossil fuels" then took over the front of the stage while Lauren removed her microphone and left.
Watch the video below:
Top Stories