Classmates Accused Me Of Sleeping With Lecturers In OAU Medical School – Graduate With 10 Distinctions, Adesina Speaks


In this interview, the 24-year-old Adesina says her achievements did not come on a silver platter. 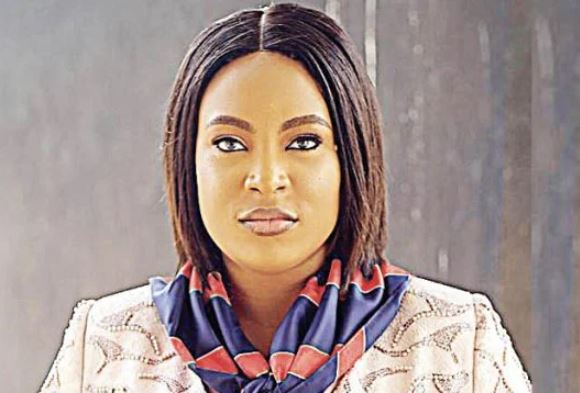 Joy Adesina, a 24-year-old Nigerian lady received gifts of a house, N5m and a scholarship from the Ogun State Government for emerging as the best graduating medical student from the Obafemi Awolowo University, Ile-Ife, Osun State in the 2018/2019 academic session.

In this interview with ALEXANDER OKERE, Adesina says her achievements did not come on a silver platter

You were recently honoured by the Ogun State Government with a house, N5m gifts and a scholarship for further studies. Was it something you expected?

I wasn’t expecting the gifts given to me. It came as a surprise. I received a phone call from His Excellency himself, Prince Dapo Abiodun, in which he congratulated me and informed me that I was going to be invited to my home state, Ogun, to be honoured.

Can you describe exactly how you felt when the governor announced the reward at the reception organised in your honour?

I was speechless! I wasn’t expecting it at all. It was a roller coaster of emotions, one mixed with shock and excitement.

Your mum was seen shedding tears. What do you think went through her mind?

It must have been tears of joy. She was in awe. I’m sure she was thinking about all the trials I went through in the past years and how God made me come out victorious.

What kind of trials did you go through?

I ran into a shootout during an armed robbery and in that same week, I was involved in a ghastly motor accident.

The governor said the medical scholarship would be for your residency at the Olabisi Onabanjo University Teaching Hospital, Sagamu. Was it your original plan to undergo residency at OOUTH?

It wasn’t in my plan to have my residency at OOUTH; I am, however, very grateful for the scholarship given to me. As to my plan, I think I’d rather stay quiet on that.

Would you undergo residency at OOUTH?

I don’t know yet.

There are several reports online about the number of awards and distinctions you got at the university. Can you clear the air on that?

Was this feat part of the academic targets you set for yourself from your first day in OAU?

No, it wasn’t. I actually struggled during my first year in school. However, when I started seeing my second-year results, I was encouraged, so I kept doing my best to excel with the help of God.

Which among the distinctions surprised you the most and why?

The distinction in Mental Health surprised me the most because I didn’t exactly like the course and so I wasn’t expecting much from it.

No doubt, graduating top of your class in a renowned university comes with a lot of sacrifices. What were the things you had to let go to remain focused as a medical student?

Hmmn, I wouldn’t say I let go of anything in particular. I just planned my time and lived a balanced life. I prioritised a lot and allocated my time accordingly.

What was your study schedule like as a medical student?

I attended lectures and clinical sessions from about 8am to 4pm or 5pm. It, however, differed depending on the unit where I found myself. When I got back, I ate and rested till about 7pm after which I studied till 9pm. My bedtime was from 9pm to 2am; I then studied from 2am to 6am. I had my quiet time and prepared for school between 6am and 7:45am. However, during examination periods, I slept from 9pm to 12am to create more time to study. I allocated time per course and did not put too much on my plate than I could handle per day.

Do you consider yourself a social person?

No, I do not. But it doesn’t mean I don’t socialise, I do it once in a while as my schedule permits.

What kind of company did you keep at school?

I kept a small circle of friends and I carefully selected my friends, basically people of like mind.

Were there times you thought about giving up the goal of graduating with brilliant results?

Yes, there were times I felt like giving up. It wasn’t a smooth journey all the way; not everyone was happy that I was consistently leading my class. Some said a lot of nasty things about me and some even dragged my family. It was so bad that I didn’t know when I slipped into depression in my fourth year and found myself deliberately choosing the wrong answers in my tests and exams because I didn’t want to lead the class. It took the support of my family to get through those times.

At what point did you first notice that your efforts were paying off?

It was in my first year. I struggled with my tests, getting average scores and I even failed one, but I didn’t give up; I studied really hard for the exams and finished with a CGPA of 4.84. It was a source of motivation for me to keep pushing myself beyond my comfort zone.

Did people around you think you were aiming too high?

Yes, a lot of people did think that. It wasn’t as though I was even aiming too high; I had just got to a point where I couldn’t afford to just settle for less.

What were the other things people said to discourage you?

Hmmn, this question is deep. I got a lot of back-stabbing; people accused me of sleeping with lecturers to get questions. They didn’t even know that I was dealing with sexual harassment at that time, so it was a lot to take in. Some even went as far as saying that my uncle had the college in his pockets. Some couldn’t even stand a lady leading the class. There were so many other things people said, but in all, I learnt that the only way to shut people up was to be consistent in all that I do and that was what I did by the grace of God.

Is having fantastic results something that dates back to your years in primary and secondary schools?

Would you say the feat you have achieved also runs in your family?

Yes, it does run in my family. My family does not joke with education and so many feats are yet to come.

Can you tell us the kind of parents you have and how they supported you?

My dad is an archdeacon in Ibadan Anglican Communion. He is also a chartered accountant and a doctor in divinity. My mum works with the Federal Ministry of Education. My parents have been a great pillar of support; they are always there to cheer me on with their words of encouragement and consistent prayers. They were always there for me, every step of the way and they sacrificed a lot to see me through school. Seeing them so proud is my highlight in all these.

How did mentoring help you at school?

Mentoring helped me to be accountable and responsible. I had mentors like Dr Mrs Ijarotimi and Dr Olasehinde.

How are you related to the President of the African Development Bank, Dr Akinwumi Adesina?

My uncle, Dr Akinwumi Adesina, and his wife, Mrs Oluwayemisi, basically sent me to school; they took me as their own and supported me all the way with finances, words of encouragement and so many other things. My aunt was always interested in every bit of my education and well-being. She is my greatest cheerleader.

Do you think being a niece of the AfDB president was why some people felt your good grades came through influence rather than hard work?

Well, yes. It’s expected. People have a right to their opinion. It doesn’t change the truth.

What do you plan to do after your national service?

My plans are in the hands of God as He alone knows the future and would direct my path.