US-based Nigerian Prophet Narrates How Policemen In Osun Brutalised Him, Beat Up Sister


He narrated that they were treated like criminals and taken to the station where they were illegally detained for several hours. 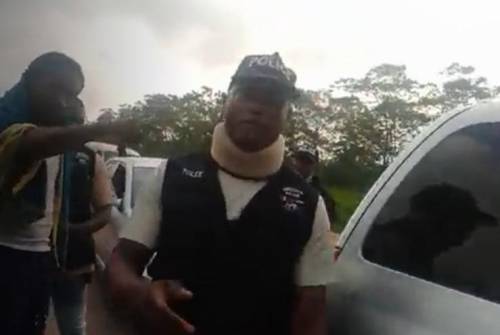 Emmanuel Oshiyoye, a United States-based Nigerian pastor, has narrated how officers attached to the Osun State Police Command tortured and harassed him while on his way to Lagos.

The prophet added that his sister was also physically assaulted by the policemen.

He narrated that they were treated like criminals and taken to the station where they were illegally detained for several hours.

“I recently came to Nigeria, for my church pilgrimage, as a minister. So, I visited Osun State last Wednesday, the 3rd of November, on my way back, I was sleeping when they stopped my car. My godson who drove, was then assaulted while his phone was being searched. That woke me up from my sleep.

“I stepped out of the car, greeted the police officers and told my god-son that, in case of next time, he has a right not to consent to impromptu search of his personal property. Since that was how his younger brother got into a debt of N18 million because of police brutality and abuse of power. I wasn’t talking to the officer, but to my god-son.

“Then another police officer approached me and asked where I worked but I calmly responded ‘I don’t think it’s your business because it’s not in this country.’ Then he said I was very stupid. Lo and behold, I lost it and called him stupid as well. Then he began to threaten me that he’d deal with me and he could kill me and nothing will happen.

“With that statement, my sister feared and began to record live on Facebook. The moment I felt threatened that I might die, I became verbally defensive. They saw my sister recording so they all bounced on her, beating her up, spraining her elbow and biting her on her back. They broke her phone.

“During the assault, one of the officers bit her and she retaliated. While all this went on, I was in shock and was too shocked to move or speak as I saw how a woman was being beaten up by three men in uniform. Before I knew it, one charged at me and began to punch my jaw. He punched me five times and I felt my jaw dislocating. My right arm began to shake due to the shock. I was dizzy and felt like I was going to die. On the spot my sister was crying for help as her elbow had been sprained.

“At that time, I saw a military person pulling me and instructed me to sit beside my son who was already sitting by the roadside and beaten by some army guy who joined the police officers.

“On the spot, I could not sit because he cocked the gun at my face. I was shocked. Then a policeman showed the army guys two small pouches of marijuana and claimed they belonged to me (a Pastor). While they took me away, my sister insisted on following them because she felt they were kidnappers in disguise and I was a person of target.

“My godson drove after us as well. In the vehicle, I began to say spiritual words, because now it was a do or die thing. At that point they all began to say if I continue to talk, they would kill me. I continued in saying those words to protect myself at that point. We got to a building opposite the main station; they put me in a dirty room.

“Then the DPO came and began to apologise to my sister and I and disclosed that they would let me go if I reversed the curse because they feared that I was a man of God. That interpreted to me that if I don’t reverse the curse, they will kill my sister and I so I quickly reversed it, just to get out of there.

“They made me sign a statement out of duress that I’ll let go of the case. My statement was I was assaulted and arrested unfairly but I let go. I will head to the hospital. I had to do what they wanted so I wouldn’t want my enemies to laugh at me that I died in Nigeria a day before my flight back to US.

“Till now, I’m in severe pains, headache have not stopped. Vision is blurry. And I cannot chew. I have to see my doctor on Monday. I want justice.” 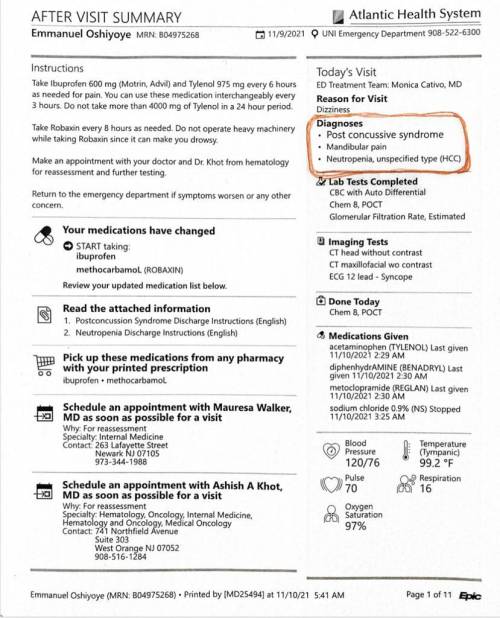