The incident reportedly occurred on Wednesday when the board of Open and Distance Learning Programme addressed the newly admitted nursing students. 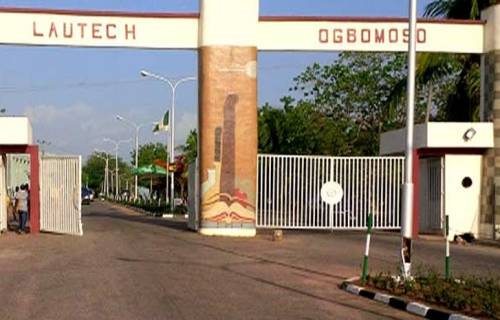 It has been report that the students of Ladoke Akintola University of Technology (LAUTECH), Ogbomoso have taken to the school gate to protest against the alleged humiliation of a female Muslim student.

According to a report by Daily Post, a yet-to-be-identified female Muslim student was allegedly humiliated by the Dean of Faculty of Nursing for wearing a Hijab.

The incident reportedly occurred on Wednesday when the board of Open and Distance Learning Programme addressed the newly admitted nursing students.

It was gathered that the Dean of the Faculty, Professor Ajibade Lawal ordered one of the students who was wearing a Hijab to leave the class.

He had earlier informed the students that scrub is the only approved uniform for student nurses.

He maintained that any other form of dress must not be put atop or underneath the scrub.

The action of the Dean angered some students who vowed to disrupt academic activities in the institution today.

In a video posted, the students were seen in their numbers protesting at the entrance of the school.

They demanded a public apology from Lawal, describing the action of the lecturer as a violation of the rights of the female Muslim student.

Meanwhile, the Public Relations Officer of LAUTECH, Akin Fadeyi has confirmed the incident.

Fadeyi, in a statement, noted that the case was being handled by the university management.

He said, “This is to inform stakeholders that the unfortunate issues of yesterday as it affects Professor Bayo Lawal Ajibade and a particular Muslim woman is being handled by Management of the Ladoke Akintola University of Technology (LAUTECH), Ogbomoso, Oyo State.

“Management is, therefore, imploring students particularly, to maintain peace as they go about their duties on the University premises to allow investigation go on.

“The Ag. Vice-Chancellor has assured that nobody will be shielded.”