They warned that tardiness on the part of the government could make the nation slip into the fourth wave of COVID-19, especially as the Christmas and New Year festivities approach. 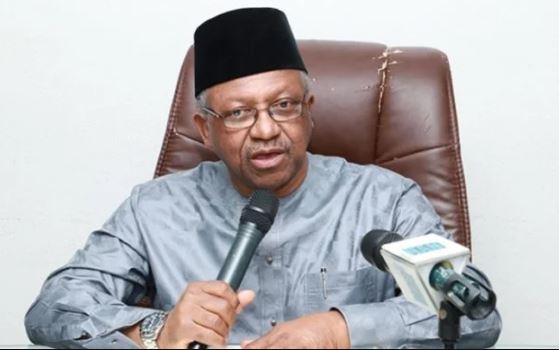 The PUNCH reports that some renowned virologists in Nigeria have called on the Federal Government to be swift in its emergency response to the recently-discovered B.1.1.529 strain of COVID-19, first detected in South Africa.

The virologists including the Chairman, Expert Review Committee on COVID-19, Prof Oyewale Tomori; ex-National Chairman of the Association of Public Health Physicians of Nigeria, Prof Tanimola Akande; and a Professor of Medical Virology at the University of Maiduguri, Prof Marycelin Baba, made this known in separate interviews with Sunday PUNCH.

They warned that tardiness on the part of the government could make the nation slip into the fourth wave of COVID-19, especially as the Christmas and New Year festivities approach.

This is as the Secretary to the Presidential Steering Committee on COVID-19, Dr Muktar Muhammed, told Sunday PUNCH that the Federal Government would monitor trends before taking necessary decisions, including the possible imposition of flight ban on southern African countries.

The World Health Organisation had on Friday declared the new COVID-19 strain first discovered in South Africa to be a variant of concern and renamed it Omicron.

The classification puts Omicron into the most-troubling category of Covid-19 variants, along with the globally-dominant Delta, plus its weaker rivals Alpha, Beta and Gamma.

“Based on the evidence presented indicative of a detrimental change in Covid-19 epidemiology… the WHO has designated B.1.1.529 as a variant of concern, named Omicron,” the UN health agency had said in a statement.

Nations including Britain, the United States and the European Union have banned flights from Southern African to slow the spread of Omicron, even as the South African government said it was being punished over what it described as a false alarm.

The WHO said it could take several weeks to complete studies of Omicron to see if there are any changes in transmissibility, severity or implications for Covid vaccines, tests and treatments.

Omicron is about the fifth variant of COVID-19 discovered and named since the outbreak of the pandemic about two years ago.

The variant was first reported to the WHO from South Africa on Wednesday. The first known confirmed Omicron infection was from a specimen collected on November 9.  In recent weeks, infections in South Africa have increased steeply, coinciding with the detection.

“This variant has a large number of mutations, some of which are concerning,” the WHO said, pointing to worrying characteristics.

“Preliminary evidence suggests an increased risk of reinfection with this variant, as compared to other VOCs.”

It said the number of Omicron cases appeared to be increasing in almost all provinces of South Africa.

Apart from South Africa, Omicron has been detected in Israel in a person coming from Malawi; Botswana; Belgium and Hong Kong.

Nigeria has recorded about four COVID-19 strains with over 213,000 cases and about 3,000 associated fatalities since the index case of lethal virus in the country last year February.

In June 2021, the Federal Government added travellers from South Africa to the list of countries banned from flying into Nigeria due to the Delta COVID-19 variant which spread fast in the country.

Nigeria’s first reported case of COVID-19 was in February 2020 when an Italian man who travelled from Milan to Lagos through the Murtala Muhammed International Airport came down with the virus.

Many critics had slammed the Federal Government for being tardy in shutting down the four international airports while other countries were closing theirs to forestall the incursion of the deadly virus.

Asked whether the government would follow the trends by Europe and the UK amongst others by banning flights from high-risk areas including South Africa to prevent the Omicron variant from spreading into the country, the Secretary to the Presidential Steering Committee on COVID-19, Dr Muktar Muhammed, in an interview with Sunday PUNCH,  said the Federal Government would monitor trends before taking necessary decisions.

Asked whether Nigeria would place southern African countries on red alert, the official said, “We shall continue to monitor the situation globally and take necessary measures appropriately.”

But Tomori faulted the delay which according to him may lead to “disaster.”

Tomori said, “Given our porous border and free for all poorly guarded points of entry, plus uncoordinated genetic sequencing practice, efficient surveillance backed by laboratory support puts South Africa way ahead of us.

“Given our state of performance, it will probably take months after the new variant case has arrived in Nigeria before we detect it. By then, it would have spread all over the country so why should we not put them on alert?

“At this point, we need to keep the PSC on, as long as COVID is on, improve and upgrade genetic sequencing, get our points of entry up and doing  and not a point of escape of variants into Nigeria, improve contact tracing, test people on arrival and do an efficient and effective contact tracing and follow up.”

On her part, Baba said, “If it is proven scientifically that the existing vaccines have no effect on the new strain, then the needful should be done, suspend travels to South Africa.

“This is not the time for the delay as delays could be dangerous. We really need to act on time, other countries are already making moves.

“Also, emphasis should be made to ensure that all Nigerians are vaccinated. The vaccines protected against the previous strains. However note that as the virus moves from one host to another within a country or between countries, it will mutate leading to new strains. More strains are bound to emerge but the effect of the vaccines on the strains scientifically  determines panic or calm.”

Also, Akande, who urged the government and its emergency management teams including the Nigeria Centre for Disease Control, to buckle down, said they should learn from the lessons of the past.

He said, “Every country will be worried and will like to prevent as much as possible importation of the new Omicron variant. Federal Government already has policies and guidelines on travel restrictions and the issue of health security.

“I am sure NCDC and other relevant stakeholders will soon come up with directives on this after weighing the pros and cons of travel bans. In taking decisions lessons learnt from previous measures particularly travel will give good guidance.

He also said the new Southern African variant would “herald and most likely worsen the imminent fourth wave,” adding that “containment measures in schools, religious centres among others were not really stopped but enforcement level is very low.”

Experts including the Commissioner for Health in Lagos State, Prof Akin Abayomi, had warned of a possible spike during the festive period, even as the NCDC continues to advocate hygiene practices and adherence to public health protocols while the National Primary Health Care Development Agency keeps pushing for mass vaccination to achieve herd immunity.