Adorable Photo of Veteran Actor, Richard Mofe-Damijo, With His Son and Grandkids 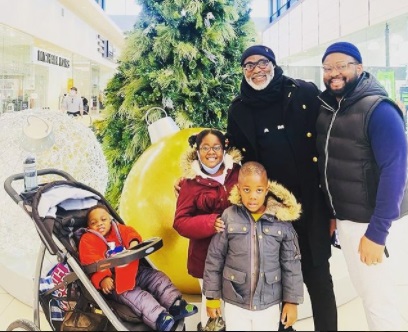 Richard Mofe-Damijo, his son Kome and grandkids
Popular Nigerian actor, Richard Mofe-Damijo has been spotted enjoying his life in Canada with his son, Kome and his grandkids.
Kome shared a photo posing with his father and three of his kids.
Kome who is RMD's first son got married in 2013.
RMD had recently taken his grandchildren out for shopping in Canada.
Watch video below:
Top Stories