Kristhie Alcazar, 26, was charged following the killing of her baby at a home in Penns Grove, New Jersey, on Friday night. 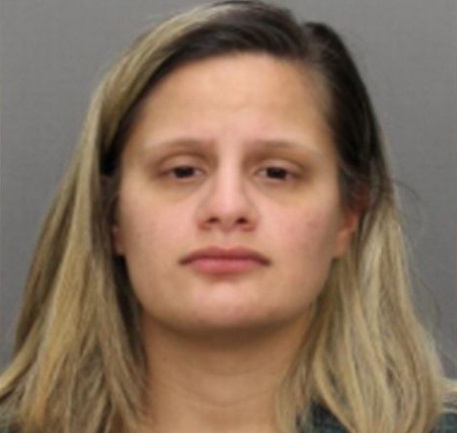 Alcazar
A 28-year-old mum has reportedly stabbed her five-month-old daughter to death.
The woman identified as Kristhie Alcazar, 26, was charged following the killing of her baby at a home in Penns Grove, New Jersey, on Friday night, Dec. 3, according to prosecutors in the United States.
Alcazar is thought to be suffering from post-natal depression.
Police rushed to the scene after an emergency dispatcher heard an "audible disturbance" in the background while taking a 911 emergency call from the scene, reports the New York Post.
When investigators arrived at the residence, they found the infant dead and Alcazar fighting with another person, said the Salem County Prosecutor’s Office.
The baby had visible stab wounds to her chest and multiple knives were recovered at the scene by the authorities.
Authorities said that when police arrived, the mother of two was arguing with someone in the home while the infant’s body lay nearby.
It remains unclear who the person arguing with Alcazar was, with the authorities confirming that the baby’s father was not home at the time of the killing,
Top Stories