Lagos State Coroner, Justice Mojisola Dada has replied Femi Falana over a letter he sent him. 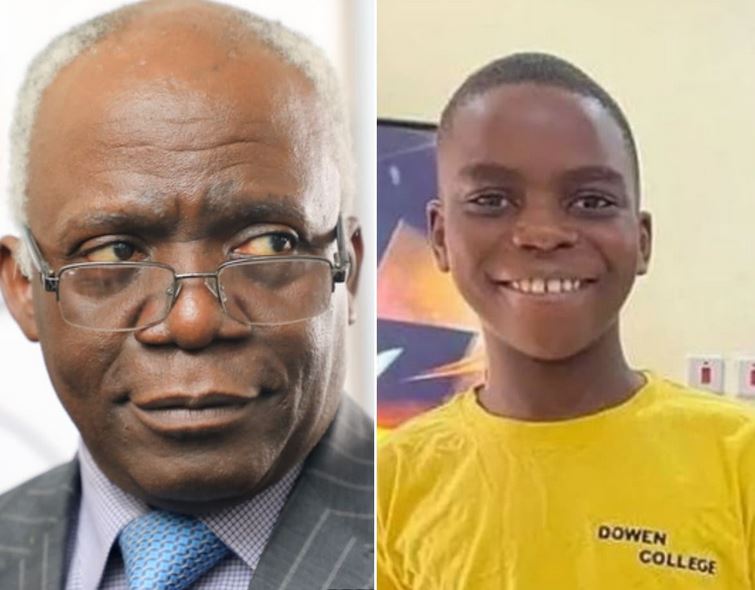 Falana and Sylvester
Lagos State Coroner, Justice Mojisola Dada has replied Femi Falana (SAN), lawyer to late Sylvester Oromoni after he demanded an inquest.
Dada said he will hold a preliminary meeting with Falana on Wednesday after he demanded an inquest over the death of 12-year-old Sylvester Oromoni at the Dowen College in Lekki, Lagos.
The inquest will unravel circumstances surrounding Oromoni’s death.
The meeting will hold in Epe.
The letter inviting Falana to the meeting, dated December 7, 2021, was signed by the Epe District Coroner, Mikhail Olukayode Kadiri.
Also on Tuesday, the House of Representatives asked the Inspector-General of Police to take over the investigation.
The House also asked the Federal Ministry of Education to set out guidelines for the operations of boarding schools.
Top Stories