The youths in a statement issued by its President, Isah Abubakar called on President Muhammadu Buhari to resign. 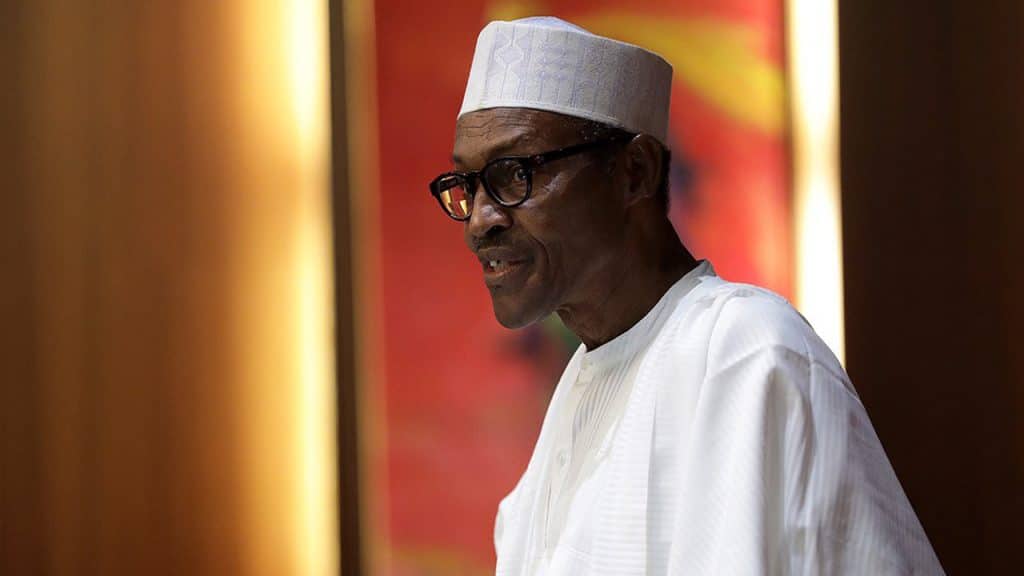 Muhammadu Buhari
President Muhammadu Buhari has been told to resign his position immediately.
The Northern Youth Council of Nigeria (NYCN) made the call, saying he has run out of ideas to subdue the terrorists that have taken over the northern part of the country.
According to them, “The security challenges has engulfed our country, most especially Northern Nigeria which is now the epicentre of kidnapping-for-ransom, blood bath and lately abattoir where humans are roasted alive for the crime of daring travelling on roads that were constructed from the taxes they paid to the government.”
The youths in a statement issued by its President, Isah Abubakar, wondered, “It is embarrassing that President Muhammadu Buhari is idly watching the terrorist elements reigning supreme in our Country, imposing taxes on his supposed citizens, stopping them yet, he is unperturbed. This is a clear characteristic of a leader that has run out of steam.
“The Northern Youth Council of Nigeria is a constraint to call on President Muhammadu Buhari to humbly resign since it is obvious that he has run out of idea on how to subdue the terrorists that have taken over significant parts of Sokoto, Katsina, Kebbi, Niger, Zamfara states and the busiest Kaduna-Abuja expressway on one side, and recently, the daring moves attacks by Boko Haram/ISWAP which has continued unabated.”
In the alternative, where he fails to eat the humble pie, the youths called on the National Assembly to expedite action and initiate processes of impeachment against the President, assuring that Nigerians would certainly stand with them and will equally help in redeeming their damaged reputation.
The youths quickly alerted that where the above recommendation fails, Nigerians should do everything possible to defend themselves, saying, “We can’t continue to watch anarchists reign supreme over us, while we seat like cowards to be killed. It is better you are arrested and kept in prison for daring to defend yourself and than to be buried in a grave because you didn’t dare to do something. Enough is Enough!”
Top Stories