Let’s check on some of the best active NFL stars who are basically from Nigeria such as Jeremiah Ojimaojo Attaochu, Nelson Efamehule Agholor, Efe Obada, Akintola James Ayodele and many more others. 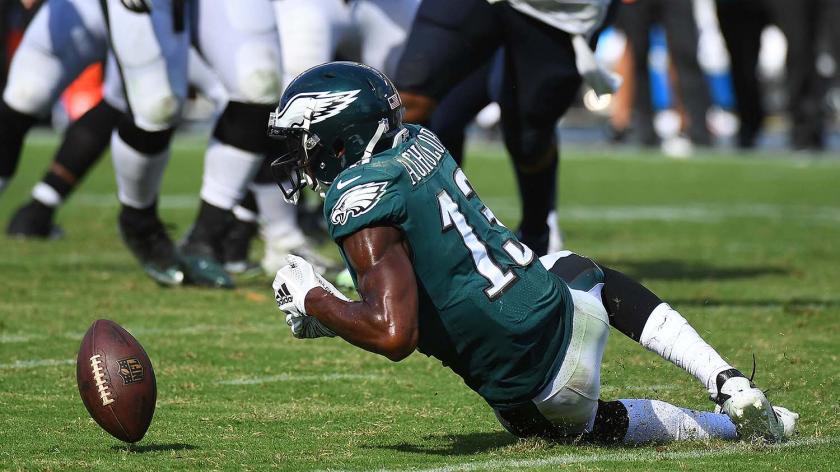 Following the increase in the number of Nigerian immigrants in the United States of America, thousands of people with Nigerian backgrounds are up-and-coming in every area, such as in the medical line, entertainment, and sports.
Looking at the NFL, there are various players who are Nigerians and have become stars in the sport. They are known for their speed, strength, team play, and lots more, which has made them quite unique in the field.
Let’s check on some of the best active NFL stars who are basically from Nigeria such as Jeremiah Ojimaojo Attaochu, Nelson Efamehule Agholor, Efe Obada, Akintola James Ayodele and many more others.
Jeremiah Ojimaojo Attaochu
Jeremiah Attaochu, who was born in Nigeria on January 17, 1993 before he and his family moved to the United States of America, has a weight of 252 IB (114 kg). Upon getting to America, where he began his journey in the world of American football. He attended Archbishop Carroll High School, where he played for 3 three seasons and served as the team captain for 2 years. After that, he accepted a scholarship from Georgia Tech to continue his career, among various other offers.
Jeremiah, who is currently an American football outside linebacker for the Chicago Bears of the NFL. Beginning his career in American football, he was drafted by the San Diego Chargers during the 2nd round of the 2014 NFL draft.
He has also played for other teams such as the San Francisco 49ers, New York Jets, Denver Broncos and others.
Nelson Efamehule Agholor
At the age of 5, Nelson Agholor, who was born on May 24, 1993 into a Nigerian family, moved to the United States of America, where he immediately attended Berkeley Preparatory School as their wide receiver, defensive back, and running back. He moved on to the University of Southern California to play for a while, after which he had to forgo his senior season in order to enter the 2015 NFL draft.
With Agholor having a height of 6 feet and a body weight of 198 IB (90 kg), he was picked up by the Philadelphia Eagles in 2015. After playing for the Philadelphia Eagles for 4 years, he later joined the Las Vegas Raiders in 2020.
He is currently the wide receiver for the New England Patriots, where he won the Super Bowl and has other awards to his name.
Efe Obada
Efe Obada, who was born in Nigeria on the 13th of April 1992 but ended up growing up in the United Kingdom, was also classified as the very first international player to move directly from the European American Football League to the National Football League (NFL). As a boy, he didn't have much of an easy childhood, as he was separated from his siblings and later worked as a security guard at Grace Foods in Welwyn Garden City.
Obada stands about 6 ft 6 in tall and weighs 256 IB (120 kg). He began his football career playing for the London Warriors of the British American Football Association National League. He has also had the opportunity to play for various other teams, such as the Kingston Cougars in 2013, London Warriors, Kansas City Chiefs, Atlanta Falcons, and is currently playing as the defending end of the Buffalo Bills upon signing a one-year contract with them on the 19th of April 2021.
Conclusion
Playing in the National Football League is a great opportunity for Nigerian players as it would help in their career.
Check out their team’s chances for February’s Super Bowl: https://edge.twinspires.com/nfl/nfl-playoff-odds-super-bowl-futures-bets/
Various Nigerians born in the American Football League are really making waves on each and every team that they are on.
Top Stories