Residents trooped out to form a human shield at the entrance of the gate to prevent the bulldozer from demolishing their buildings. 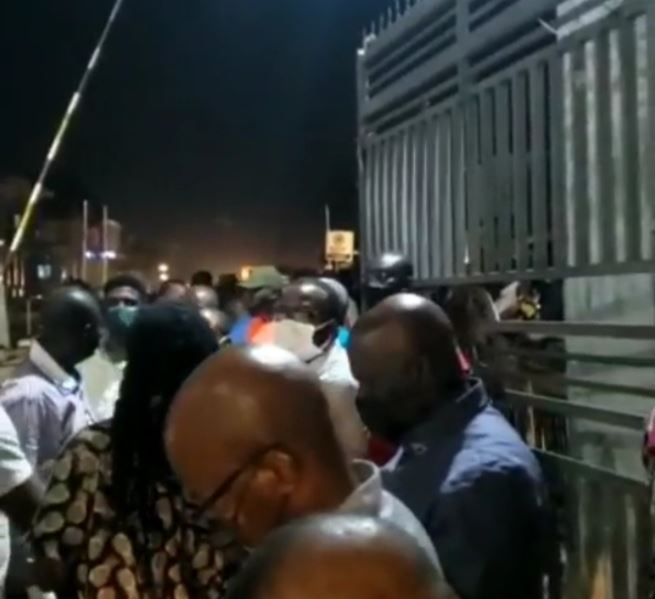 A video has captured the moment some aggrieved residents of Magodo Phase 2 Estate stormed out of their houses to stand guard at the entrance of the estate to prevent a bulldozer from gaining entrance.

According to the residents, police earlier visited the estate with a group of "hoodlums" and they "marked virtually all the houses in the fully-built Estate for demolition".

The armed mobile police officers were reportedly there to provide security so that the demolition can take place without the home owners fighting back.

However, residents trooped out to "form a human shield at the entrance of the gate" so that the bulldozer will not be driven in.

Watch a video from the chaotic scene below;