According to him, his friend had already discussed with the girl to spend an intimate night with him but changed his plans after he discovered her age. 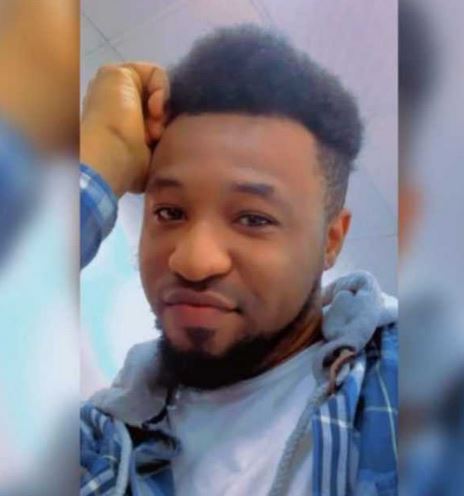 A man identified as Viccetti took to social media to narrate his friend's encounter with a 19-year-old he recently wooed.

According to him, his friend had already discussed with the girl to spend an intimate night with him but after she arrived, they had a brief discussion and he found out that she’s 19.

“My flatmate saw this girl on the street couple of days ago, he wooed her and got her number. She came to the house yesterday, we found out she was 19years. After hosting her, she left and then he deleted her number.

See just move with guys that think. And he showed me the conversation they were having, this was someone that came to the house that day to sleep with him.

We both have a 19 year old younger sister, the thought of now sleeping with a girl that young gross the shit out of us. But most guys ain’t like this.

You don’t have to sleep with every girl that gives you green light bro. Some are just naive little girls thinking they’ve hit Jackpot being with an older guy.” 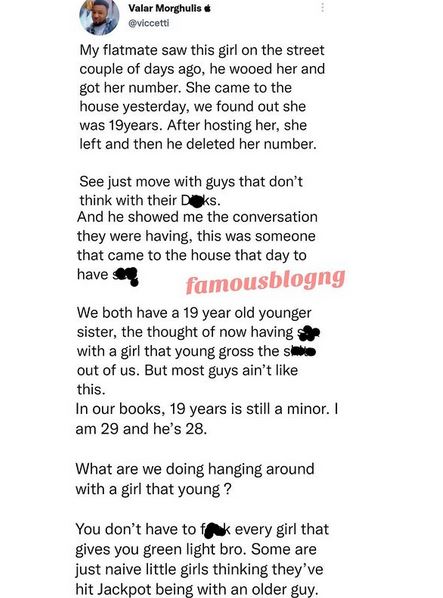