The suspects were apprehended with female pants, charms, guns to perpetrate crime. 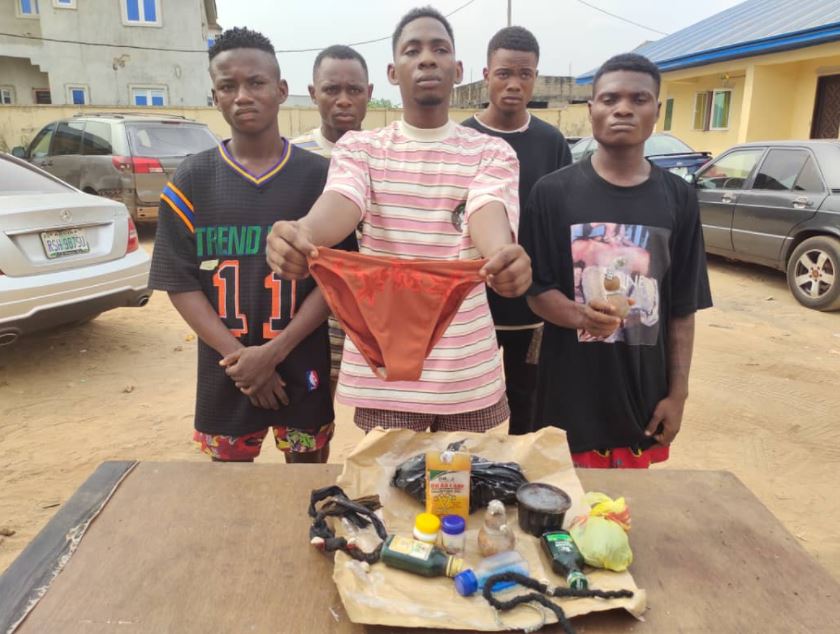 Some suspected cult members have been apprehended by police operatives attached to the Delta state police command raiders unit, at a black spot in Ogarafe, Oghara in Ethiope West LGA of the state. 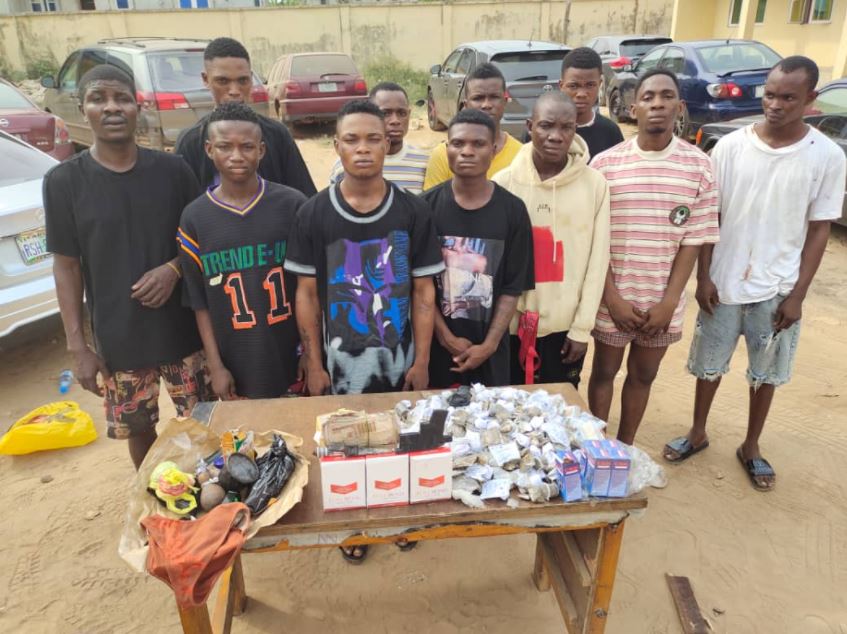 Confirming the arrest to newsmen, the spokesperson of the state police command, DSP Edafe Bright, said during the raid of the hot spot, a fabricated wooden gun, six hundred and forty-eight wraps of weed suspected to be Indian hemp, one used female pant, various charms, one Knife, Sixteen bottles of codeine, ten packs of razlers, one Grinder used in grinding weeds and the sum of sixty-nine thousand (#69,000) were recovered from the suspect.

He said the suspect will be arraigned in court soon.