Dogara was stripped off his traditional title following the attack on the Emirs of Bauchi and Dass, Alhaji Rilwanu Sulaimanu Adamu and Alhaji Usman Bilyaminu Othman. 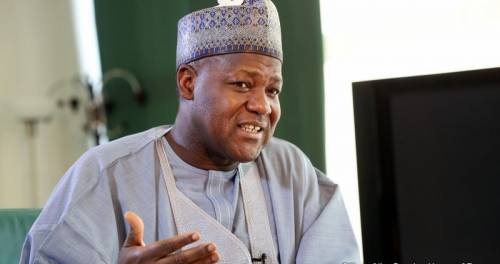 According to a report by SaharaReporters, the Bauchi Emirate Council has suspended a former Speaker of the House of Representatives, Yakubu Dogara, from bearing the traditional title of Jakadan Bauchi.

Dogara was stripped off his traditional title following the attack on the Emirs of Bauchi and Dass, Alhaji Rilwanu Sulaimanu Adamu and Alhaji Usman Bilyaminu Othman, respectively on December 31, 2021 while on their way to Bogoro to grace the 21st Baba Gonto memorial lecture and book launch.

Speaking to journalists in Bauchi on Monday, the Emir of Bauchi, Alhaji Rilwanu Sulaimanu Adamu, noted the suspension took place immediately pending the determination of the matter before the court, where Dogara was standing trial among other suspects.

The Emir, who was represented by Galadiman Bauchi, Surveyor Sa’idu Ibrahim Jahun, said it was worrisome that Dogara, as an indigene of Bogoro and a traditional title holder of the Bauchi Emirate Council was suspected to be one of those behind the attack on the Emirs of Bauchi and Dass.

“At the recent Council meeting, we reviewed the case again and expressed our dismay that one of the sons of the area, a stakeholder and our traditional title holder who was mentioned as the one misleading the people and perpetrating the incident.

“More surprisingly, he did not sympathise nor show any sign of remorse towards what happened to their Royal Highnesses, the Emirs of Bauchi and Dass.

“The Emirate Council therefore decided to suspend his title of Jakadan Bauchi until the determination of the case by the court,” he said.