Michael Ojo, a solar installer, was last seen on October 10, 2021, in the company of a lady with an undisclosed identity in a hotel. 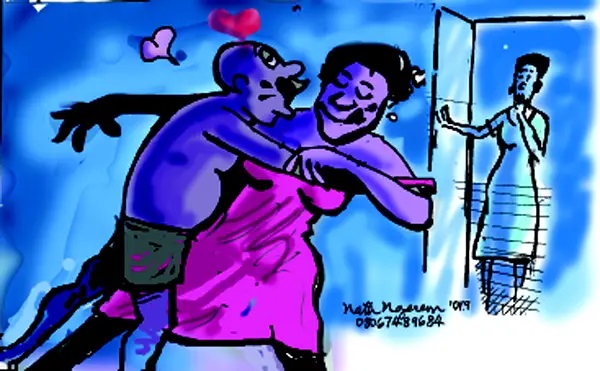 A woman has cried out after her husband's sudden disappearance.
It was gathered that the man had met his ex-girlfriend at a hotel before going missing.
The wife of the businessman, Mrs. Adewola Adesioye Ojo, raised the alarm after her 31-year-old husband, Michael Ojo disappeared four months ago in Ibadan, Oyo State capital.
Michael Ojo, a solar installer, was last seen on October 10, 2021, in the company of a lady with an undisclosed identity in a hotel.
Speaking with Sunday Vanguard, the wife said, “He said he was going out at about 5pm. We chatted around 8pm on Whatsapp when he asked if there was light and said I should prepare Eba (cassava flour) for him. “After preparing it, I put it on the dinning.
“I became worried when he did not return home by 9pm. I called his mobile line severally, he didn’t pick.
“I called my brother-in-law to help me call him. After a while, he called back to say my husband’s phone was switched off.
“When I dialed it, it was indeed switched off.
“I thought he did not want to come home and didn’t know how to tell me.
“The next day, I dialed his number again and it was still switched off. That was when I started calling his friends and they all said they didn’t see him.
“I went to the nearest police station in the company of some of my husband’s friends to lodge a complaint on his disappearance.
“We were advised to go lyaganku Police Division.
“At the Division, the officers said we should go to their control room, where his information was collected and they called all the police stations in Oyo State to know if he was in police custody.
“The Divisions called back that he was not in any of them.
“Later, we went to the Anti-kidnapping Squad at Dugbe, where they collected N35, 000 to track the first three numbers that he called.
“They called someone in the Glo office to check the last three numbers that called him on the day he went missing.
“The first number was his mother’s, the second number was mine and the third number was his ex-girlfriend. “The police later arrested the ex-girlfriend who revealed that they both went to a hotel together that evening.
“She said she left before my husband. The police went to the hotel and they confirmed that they both checked out but that the lady left him in front of the hotel.
“However, his ex-girlfriend revealed that when they were together in the hotel Michael was receiving a video call.
“She said he also received a video call when he was leaving the house too”.
Lamenting, the nursing mother of a five months old baby said police investigation seems to have come to a dead end without any information on her husband’s whereabouts.
She also informed that his ex-girl friend who was arrested has been released.
The wife said, “I can’t even think straight, our wedding is not even up to a year”.
68–year–old mother of the missing man, Mrs. Bisi Ojo, who visited Vanguard Corporate headquarters in Lagos, called on the Inspector-General of Police, IGP, Usman Akali Baba, to help investigate the whereabouts of her son.
She said, “I am a widow. I am passionately begging the police to help me find my son”.
Top Stories