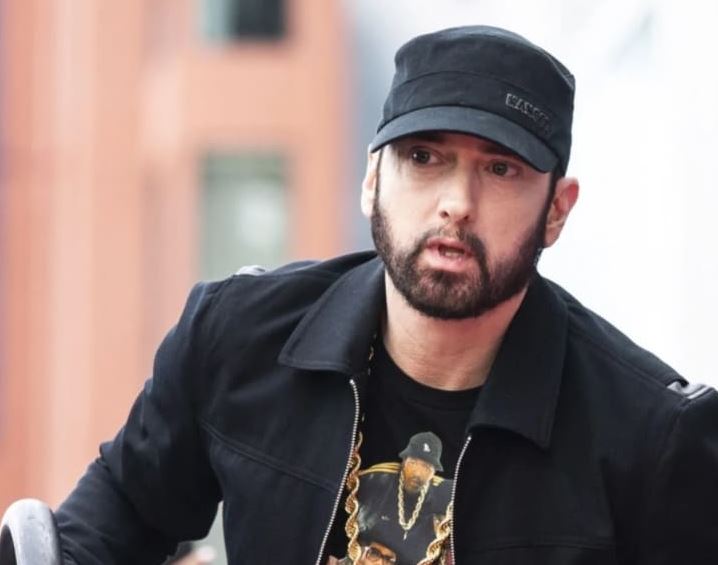 American rapper and songwriter, Eminem is celebrating another milestone.

Apart from being the highest selling rapper of all time (dead or alive), On Tuesday, March 8, the Recording Industry Association of America (RIAA) announced 73.5 million new Gold & Platinum Program certifications for the 49-year-old “rap god.”, meaning Eminem is now the No. 1 awarded musician for singles in the program’s history and one of only seven artists in any genre or era with three or more Diamond Album Awards. 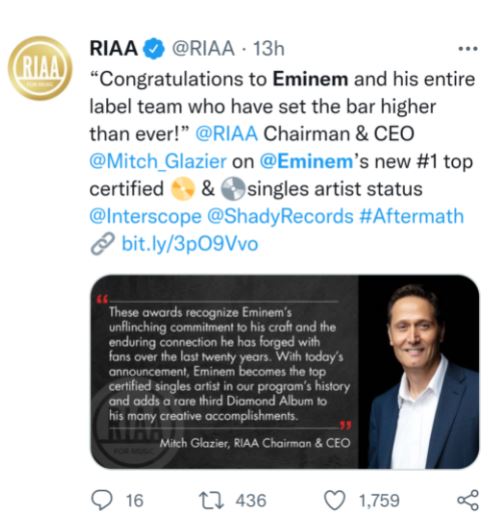 The certification comes as Eminem’s 2005 album Curtain Call: The Hits earned its diamond certification on Tuesday , which is his third album to receive the rare distinction. Back in August 2017, the album was also declared the longest-running rap LP in the history of the Billboard 200.