Ahmed Yunusa, aka “Yellow Ashana” was paraded alongside 29 other crime suspects in Abuja on Thurday, March 17. 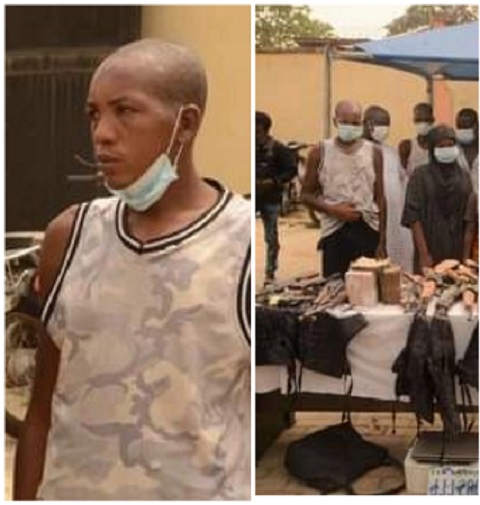 A notorious bandit leader has confessed to his crimes.
Ahmed Yunusa aka Yellow Ashana has been terrorising communities and road users along the Abuja-Kaduna expressway.
He confessed to killing one Hafsat Isah, who was lured into the bandit camp by her friend, Ladi Sale.
We had reported that Ashana was paraded alongside 29 other crime suspects in Abuja on Thurday, March 17.
The 36-year-old suspect, who had been on the run following a police operation that led to the death of a member of his syndicate, one Yellow Magaji aka Arushe, was arrested during a sting operation by police operatives of the Intelligence Bureau Special Tactical Squad (FIB-STS)
"The suspect confessed that he led the syndicate which has carried out several kidnapping operations on the Abuja-Kaduna expressway, and launched three different attacks on Kadara Community in Kaduna State, wherein scores of persons were killed," Acting Force Public Relations Officer, CSP Olumuyiwa Adejobi, said in a statement.
"He equally confessed to the kidnap and murder of one Hafsat Isah, who was lured into the bandit camp by her friend, one Ladi Sale, that was equally arrested by the police." the spokesperson added.
Top Stories