They were all arraigned on a one-count charge bordering on fraudulent impersonation. 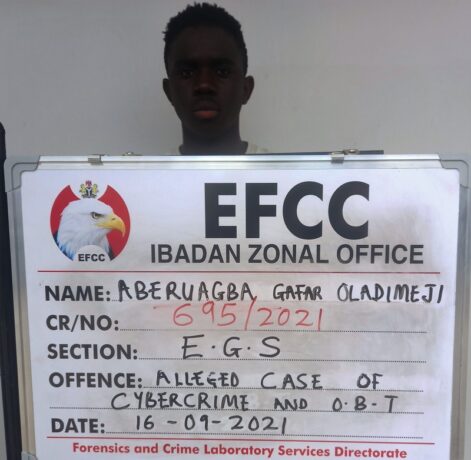 Three internet fraudsters have been convicted and sentenced in Ibadan.
The convicts are Toheed Busayo Tiamiyu,(a.k.a Avolos Scott), Soliu Adewole Ijiola (a.k.a Gracelyn Parley) and Aberuagba Gafar Oladimeji. (a.k.a John Williams).
The verdict was given by Justice Uche Agomoh of the Federal High Court sitting in Ibadan, Oyo State.
Their journey to the Correctional Centre started when operatives of the EFCC arrested them for using the identities of foreigners to defraud both their local and foreign victims.
While Tiamiyu was sentenced to fourteen months imprisonment, Ijiola bagged five months jail term and Oladimeji was sentenced to eight months imprisonment.
They were all arraigned on a one-count charge bordering on fraudulent impersonation.
Specifically, the trio used false identities to defraud unsuspecting foreign nationals.
The lone charge against Tiamiyu read: “That you Toheed Busayo Tiamiyu (a.k.a Avolos Scott, Smith Sadra, Kammerlinder Sandra) on or about the 14th of February, 2019, at Ibadan within the Ibadan Judicial Division of this Honourable Court fraudulently impersonated one Avolos Scott with intent to gain monetary advantage for yourself and thereby committed an offence contrary to Section 22(2)(b)(i)of the Cybercrimes (Prohibition, Prevention, etc) Act, 2015 and punishable under Section 22(2)(b) of the same Act”.
The defendants pleaded guilty to the charge prompting prosecution counsel, Abdulrasheed Lanre Suleman, to pray the court to convict and sentence them accordingly.
Justice Agomoh sentenced Tiamiyu to fourteen months imprisonment, Ijiola to five months jail term and Oladimeji to eight months imprisonment.
Tiamiyu was ordered to restitute a total sum of $810USD (Eight Hundred and Ten United States Dollars) to his victim: Jessica Rowley through the EFCC and to also forfeit his blue Infinix Hot 8 Lite phone to the Federal Government of Nigeria.
Justice Agomoh also ordered Ijiola to restitute a total sum of $1,000USD (One Thousand United States Dollars) to his victim through the EFCC and to also forfeit one black-coloured Lexus ES350 car, as well as, one black-coloured iPhone 11 phone to the Federal government of Nigeria.
Also, Oladimeji would restitute a total sum of $500USD (Five Hundred United States Dollars) to his victim: Marily Layton through the EFCC and also forfeit his iPhone 12 phone to the Government. 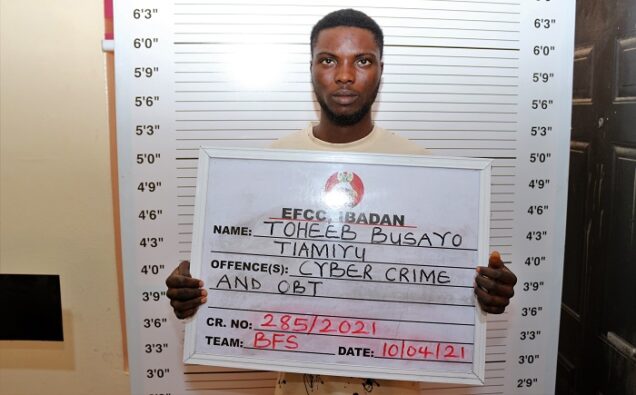 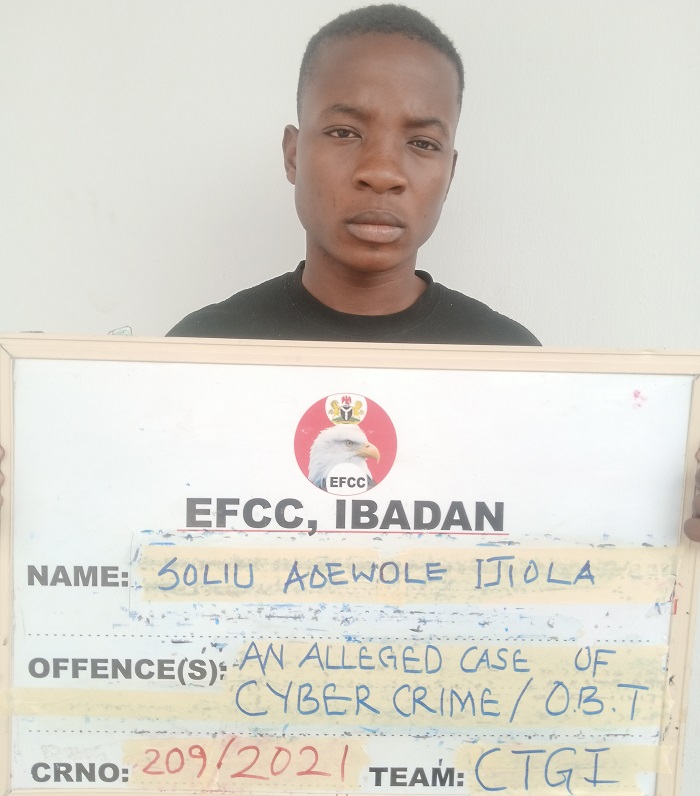