Hutchings, who was formerly married to a billionaire, Musa Danjuma, is part of the reality TV show, ‘Real Housewives of Lagos’. 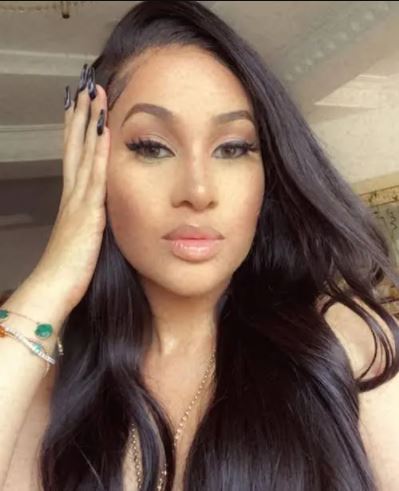 Carolyna Hutchings, a popular Nigerian actress, has said Lagos women have redefined what it means to be a housewife.

Hutchings, who was formerly married to a billionaire, Musa Danjuma, is part of the reality TV show, ‘Real Housewives of Lagos’.

Speaking on the show, she told Saturday Beats, “A real housewife in modern terminology is a boss lady— a woman who is the neck of the home, supportive to her husband and his business, a virtuous woman who cares for her kids and domestic staff, and runs a successful business. All of this, she does seamlessly. She knows her worth and is focused on positive goals and her legacy. She believes in self development. She keeps redefining the word ‘housewife’, changing the narrative that a woman’s place is only in the kitchen or bedroom. Lagos women have redefined the word ‘housewife’ like the queens they truly are.”

Explaining what attracted her to the show, Hutchings said, “What attracted me to this franchise was its name. It is an international show I had watched before. I was happy when I was called upon to be one of the cast, even though I was a bit skeptical because the other housewives were not revealed to me. I looked forward to meeting women from different industries and cultures, women I could learn from in terms of business and etiquette. Overall, I was happy to be on a new adventure and starting a new chapter in my life.”

Asked to name the hardest part about being in front of cameras, she said, “There is nothing hard about it, really. Being in front of the camera is a part of me. Though since starting the show, it sometimes feels invasive, but I am getting back to my first love gradually, which is entertaining my audience. I am 100 per cent certain that the show will be entertaining, motivating and educational.”