Four Persons Burnt To Death As Tanker And Truck Collide, Explode In Lagos


The two vehicles went up in flames due to the impact of the collision. 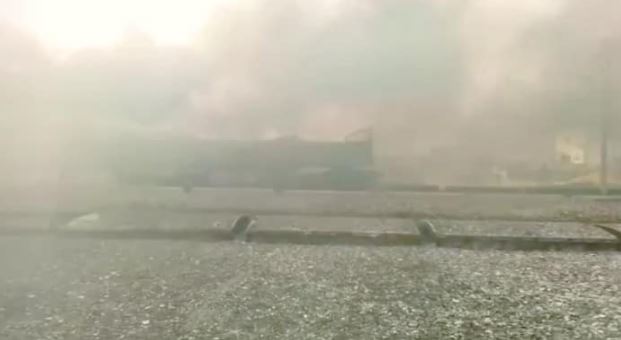 Four Persons Burnt To Death As Tanker And Truck Collide, Explode In Lagos

Four lives have been lost in a collision between a truck conveying cement a petrol tanker along Lekki-Epe Expressway, Lagos.

It was gathered that the accident occurred at Kaiyetoro end of the expressway by Eleko bus stop on Sunday afternoon, March 27.

Director of the Lagos State Fire and Rescue Service, Adeseye Margaret, who confirmed the incident, said the two vehicles went up in flames due to the impact of the collision.

"There has been an accident at the Kaiyetoro end of Lekki-Epe Expressway by Eleko Bus Stop, Ibeju Lekki Lagos," the director stated.

"The accident, which was reported at 16:35 hours Sunday, involved a 45,000 litre-tanker fully ladden with petrol ran into heavy duty vehicle conveying cement inward Lekki. The vehicles burst into flames due to the impact of the collision.

"The Lagos State Fire and Rescue Service, Epe Station, on arrival at the scene discovered that both vehicles had head collision as the tanker travelled in opposite directions to Lekki and trailer from Epe.

Adeseye said four bodies were recovered from the wreckage of the vehicles after the fire was put out. 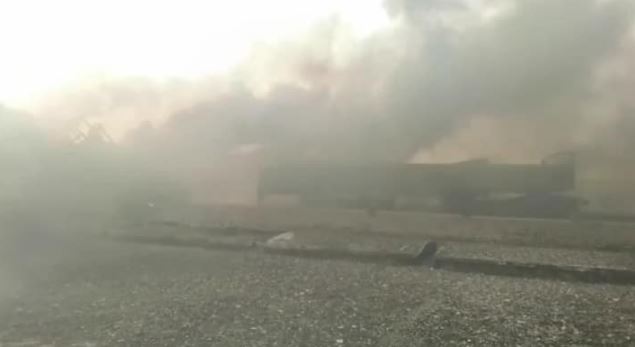