Adamu was among the victims whisked away by the terrorists using cars they had brought to the scene. 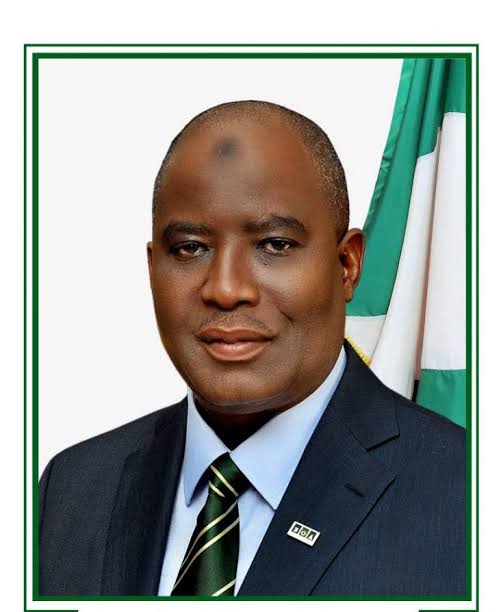 Kabir Mohammed Adamu
It has been revealed that the Managing Director and Chief Executive Officer of the Bank of Agriculture, Kabir Mohammed Adamu was among those kidnapped by bandits who attacked an Abuja-Kaduna train.
The sad incident happened on Monday.
According to SaharaReporters, Adamu was among the victims whisked away by the terrorists using cars they had brought to the scene.
"The Managing Director/Chief Executive Officer, Bank of Agriculture was one of those kidnapped. The terrorists used cars to move the kidnapped persons away; so, the shocking thing is; how did they even get cars there? This is because one of my friends’ colleagues fell from the car and broke his hand during the abduction. That was his saving grace,” a source said.
“It shows how quickly they were in moving the victims. In fact, my friend’s wife was on the train; they traced her phone to 250 kilometres away,” another source added.
SaharaReporters earlier reported that a former Deputy Governor of Zamfara State, Malam Ibrahim Wakkala, was among the Abuja-Kaduna train passengers who was shot by terrorists on Monday evening.
SaharaReporters learnt that Wakkala was shot in the leg and had since been hospitalised.
SaharaReporters had reported that out of 15 patients taken to St. Gerald's Catholic Hospital in Kaduna, two had been confirmed dead, including a lady medical doctor with the hospital, Chinelo Megafu.
“A former Deputy Governor of Zamfara Malam Ibrahim Wakkala was equally shot in the leg. Out of 15 patients brought to St. Gerald's Catholic Hospital, two are dead including a lady medical Doctor with St Gerald's.
“Two females moved to 44 Reference Hospital because of bullet wounds; they could not be treated at St Gerald's,” the source had said.
SaharaReporters on Monday night also reported that Muhammad Amin Mahmood, an aspirant in the just-concluded National Convention of the All Progressives Congress (APC) for the Northwest Zonal Youth Leadership, was shot during the attack on Monday.
However, as of the time of filing this report, it was not clear how critical his injuries were or if he would survive.
SaharaReporters had reported that two cleaners and workers of the attacked Abuja-Kaduna train identified as Loretta and Abdul were confirmed dead.
There were at least 970 passengers on board the train, according to sources familiar with the train service.
Top Stories