The two fathers held the 30-year-old school safety agent down while the mother beat her, yanking her hair and ripping off one of her fingernails. 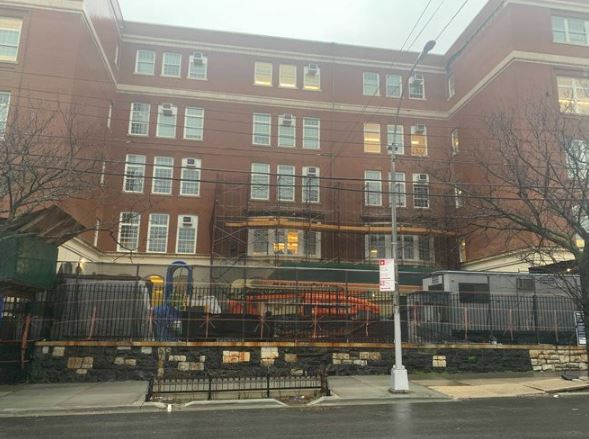 A safety agent of a Brooklyn, New York City elementary school  has been hospitalised after she was beaten up by three parents angered that they couldn’t get into the institution without proof of COVID vaccination.

On Thursday, April 7, 3 parents comprising of two fathers and a mother, were carrying cake and pizza when they showed up at the school at about 2 p.m., said Gregory Floyd, the head of Teamsters Local 237, which represents the city’s school safety agents.

''A kid of one of the parents was celebrating a birthday, as at the time of the incident so as the parents passed the entrance they were greeted by a school safety agent, who asked to see proof of vaccination — but the parents barged past her, telling her they had already called ahead and spoken to someone about it,'' Gregory Floyd said.

“We’re talking about three individuals who are supposed to be responsible adults, parents, assaulting a school safety agent in uniform,” Floyd said.

After the assault, the trio fled, but one of the fathers was arrested after coming back to pick up his child, Floyd said. The 10-year veteran school safety agent was taken to Brookdale Hospital with bruises and sprains, union officials said. Her nail was removed from her right thumb, and she’ll need x-rays to determine if anything was fractured.

The mother returned as well to make a 911 call alleging the school safety agent arrested her and she was arrested as well, he said.

The NYPD in a statement said the parents were told ahead of time they could drop off their birthday treats, but wouldn’t be allowed inside because of COVID restrictions.

The school has 429 students, no cameras, and a single NYPD school safety agent assigned, Floyd said.

“This shows once again that there’s a need for at least two school safety agents. They shouldn’t work alone,” he said. “They’re unarmed. And now we have deranged parents we have to worry about.”

“We do not tolerate acts of violence at our schools or against any member of our school community, especially our incredible school safety agents who keep our young people safe,” said Department of Education spokeswoman Jenna Lyle.

“No students were present during this incident and we are working closely with the NYPD on their investigation.”